The BBC's director of future media & technology, Wired UK's deputy editor, and design experts Russell Davies and Ben Terrett are the latest leading technology figures who have signed up to speak at May's Thinking Digital Conference. 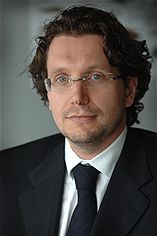 The event's organisers, Codeworks, have also unveiled details of the programme for the conference, which takes place on 13-15 May at the Sage Gateshead in North East England, and features an eclectic mix of talks on the technologies and ideas that have – or soon will have – a major impact on the way we live, work and play.

• Erik Huggers. Director of BBC future media & technology and a member of the BBCs executive board, Erik is responsible for the corporation's output over the internet, interactive TV and mobile services. It's his job to make sure audiences enjoy a seamless experience of BBC programmes, wherever they may be.

• Ben Hammersley. A British journalist, Ben not only coined the term podcasting but also built and maintained The Guardian's blogs between 2004-2006, as well as writing the first book on RSS communities (one of six other technical books and programmers' guides). Today, Ben is deputy editor of Wired UK magazine, which re-launches in the UK in April.

• Russell Davies. An entrepreneur and renowned advertising planner, Russell made his name by playing a major role in the creation of Nike Run London and Honda's 'The power of dreams' advertising campaign.

• And Ben Terrett. A graphic designer who co-founded The Design Conspiracy in 2001 and helped grow its turnover to the top 5% of UK design consultancies, before setting up Really Interesting Group – a multidisciplinary organisation working in post-digital design – with Russell Davies.

Erik Huggers says: "I am looking forward to speaking at this conference and look forward to sharing some of BBC’s future plans, along with the challenges currently facing us."

Herb Kim, Thinking Digital Conference Director, says: "We're honoured that speakers of this calibre have decided to join us in North East England. We look forward to welcoming them to our region and in hearing their insights and views on the near future."

The first in-depth details of the conference programme have also been revealed today. On the afternoon of Wednesday 13 May there will be some pre-event activities (details TBC) before the conference proper begins at 9am on Thursday 14 May.

Highlights include: a session on the 14th featuring Virgin's head of online marketing Alex Hunter and Amazon's web services evangelist Simone Brunozzi; one on the 15th with Wired, the BBC and the Observer looking at the future of content, and the final session of the conference, which features social media guru Tara Hunt and The Really Interesting Group, who will be looking at how we can evolve and succeed in the world now we are truly immersed in the digital age.

Just over 30 places remain for the 400-capactiy conference, which is expected to sell out despite facing tricky economic conditions.  Anyone wishing to sign up can do so at www.thinkingdigital.co.uk

About Thinking Digital
Thinking Digital is an annual conference where some of the world's greatest thinkers and innovators gather to discuss the latest ideas and technologies and to inspire new thinking about our businesses and lives. The conference is run by Codeworks, a centre for digital innovation based in North East England. Sponsors and partners include: a:design association; Chinwag, E-consultancy, the ISPA, Netimperative, New Media Age and TechCrunch.