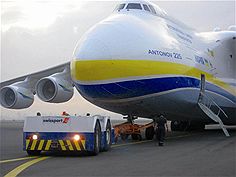 Airline passengers use Swissport services such as Passport Check-in, Lost and Found daily, while 600 airlines at over 170 airports worldwide use its services for aircraft pushback, cargo handling and de-icing.  As the first part of a global roll-out programme, Swissport’s top 100 senior executives will use Pentaho BI Suite Enterprise Edition to review operational and strategic data spanning 40 countries.

Pentaho was selected after evaluating solutions from traditional proprietary BI providers, including Oracle, but finding no substantive difference in functionality despite a significant price advantage with Pentaho. The Pentaho evaluation was led by BI experts from Linalis, whose expert knowledge of the BI space, over some eight years, provided reassurance of the Swissport decision.

Uwe Geercken, IT Manager at Swissport, explained the decision process: ”We needed fully functional reporting and data integration tools but wanted to see if an open source alternative would give us a similar experience to Oracle. After looking at what was out there, Pentaho had the complete tool set, and after further testing, our users noticed no difference in the features they need. Our business partnership with Pentaho partner, Linalis, who provided first-rate consultancy and knowledge transfer, has allowed Swissport to be self sustaining for future developments.”

Using Pentaho Data Integration, the Swissport data warehouse will pull in operational data from several different data sources to combine and integrate financial, flight and cargo data.  Pentaho Reporting will then help management and operational teams uncover answers to questions such as “How much traffic should I expect over the holiday period?” and “Do I need to plan for more de-icing staff at this airport?” Such information is vital in a low-margin business focused on quality and tied to strict Service Level Agreements.

Richard Daley, CEO of Pentaho said: “Swissport is a great example of how to reduce your BI software costs and deliver an outstanding solution for your business. The services it provides to air passenger and airlines, such as de-icing and security checks, are absolutely critical to safety and efficient operations. Swissport needed to be sure that replacing traditional BI with Open Source products, even from the market leader, was the right decision. Using Pentaho BI, this world-class organisation has dramatically reduced its costs, while delivering more value from IT for its users.”

Swissport International Ltd. is owned by Ferrovial, a leading European infrastructure and service corporation based in Spain, provides ground services for over 70 million passengers and 3.5 million tonnes of cargo a year on behalf of some 650 client companies. With its workforce of around 32 000 personnel, Swissport is active at 179 airports in 38 countries on five continents, and generated consolidated operating revenue of CHF 1.9 billion (EUR 1.3 billion or USD 1.8 billion) last year.