Music streaming and sharing tech has made house parties more fun, according to latest research from JAM Wi-Fi Home Audio

We Brits have always been party animals and what with winter party season almost upon us, with Christmas party invites and ‘save the dates’ already dropping into our inboxes and social media feeds, JAM Wi-Fi Home Audio conducted the definitive survey of British Party Habits in 2016. 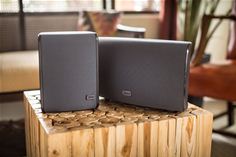 JAM Wi-Fi Home Audio survey of 1,036 20-35-year-old Brits revealed that half (50%) of respondents from London or Bristol now prefer going to a good house party than clubbing, with nearly a third (31%) of respondents saying music sharing technology has made house parties better.

“From our survey results it’s clear that music, more than anything else, makes a great house party,” says Nick Grocott from JAM. “Young British party-goers cite three things that made a great house party - good music (67%), good banter (60%) and a good selection of drinks (40%).

“40% of respondents that have attended a house party, said they spend most of their time in the lounge at a house party, mainly because that’s where the music and the action is, with men more likely to want to choose their own playlist. Almost half of women polled (46%) said when it comes to music, they like to be able to listen to a number of peoples’ different playlists and hear new stuff, compared to just over a third of men who said the same (35%).”

About JAM Multi Room WiFi Speakers
JAM Wireless Audio has launched into the Wi-Fi home audio with two brand new multi room speakers. JAM Rhythm (£69.99) and JAM Symphony (£169.99) speakers couldn’t be simpler to use for room-filling sound - simply download the app, plug in the speaker and follow the onscreen instructions. Sync multiple speakers throughout the house and choose what you want to listen to – whether it’s popular music services like Spotify and Tidal, your own music library or radio. JAM Rhythm and JAM Symphony also feature innovative functions like intercom, allowing you to reach anyone anywhere in the home.