As part of its ‘Sounds Of The Summer’ celebrations, music equipment manufacturer Audio-Technica has conducted a national study into Britain’s music purchasing habits. A total of 1000 music fans were asked about when they last bought a CD, what they thought of downloading free music and what effect music reviews had on purchases of concert tickets.

Audio-Technica - celebrating its 50th Anniversary in 2012 - commissioned the study to investigate the effect technology is having on the way the UK consumes music and media, and to raise awareness of its “Music Reviewer Of 2012” competition. 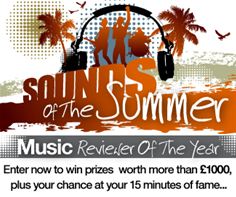 Sounds of the Summer Banner 1

Surprisingly, 40% of those surveyed couldn’t remember when they last purchased a CD, while in contrast more than 20% had downloaded music in the last week. Nearly half (49%) believed that it was acceptable to download music free of charge.

Audio-Technica senior UK marketing manager Harvey Roberts said, “The portable nature of today’s music and its accessibility has made downloading much more common. Clearly this has had an impact on artists, with touring and live shows becoming increasingly important in replacing revenue lost from declining album sales. We’re currently in the middle of the festival season and it’s encouraging to see the level of interest in experiencing British and international talent live on stage.”

In the study more than 60% of people said that they would read reviews before making a decision on whether to purchase music or concert tickets. Around half of people said that comments and reviews influenced their decisions on whether to buy music and more than 50% said that if they read a bad review it would discourage them from buying music or tickets altogether. A third (32.7%) of people confirmed they had read music reviews and thought that they could do a better job than professional music critics.

Roberts continued: “Although it is surprising to see how many people couldn’t remember when they last bought a CD, it’s a good thing that bands and artists are playing more live events – and that fans are now able to share their thoughts and opinions on these more easily than ever. With people blogging, commenting and tweeting about music gigs every single day, an increasing number of people see themselves as better reviewers than the professionals. We believe there are a lot of talented individuals out there who really know their music and this is what led us to launch our search to find the UK’s best unknown music reviewer.”

The research was conducted as part of Audio-Technica’s ‘Music Reviewer of the Year” competition, where the company is looking for people to share their own gig reviews through its Facebook page https://www.facebook.com/AudioTechnicaUK/app_95936962634. The winning reviewer will receive a variety of stunning prizes including music goodies worth more than £1,000 and their review will be shared with the world online.

Audio-Technica, which has its UK office in Leeds, sells microphones, headphones and high fidelity equipment across the world.