Dublin, Ireland, and Stockholm, Sweden: February 9th, 2022 – AdaptiveMobile Security, an Enea company, and the world leader in mobile network security, today published new research titled; Spectrum of Violence: Mobile Network-enabled Attacks in Hybrid Warfare. The paper highlights how vulnerabilities in mobile network infrastructure could be weaponized in offensive military operations. Setting out how the combination of military and mobile telecom-enabled targeting capabilities can create a battlefield advantage; the paper illustrates the consistency of such a model with the concept of hybrid warfare. 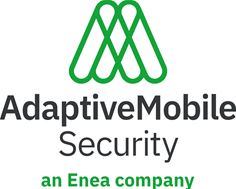 The paper provides a comprehensive analysis of the usage of mobile networks for various cyber-attacks as part of a warfighting strategy. This research-based document outlines the risks of attacks on mobile networks in a hybrid warfare scenario, and also shares details of a mobile network threat actor designated as ‘HiddenArt’. The research includes recommendations for mobile operators, regulators, and government agencies on how to protect critical communication network infrastructure from weaponization by state-level threat actors, surveillance companies, and attacks by Organized Crime Groups (OCGs).

Leveraging AdaptiveMobile Security’s Signalling Intelligence Layer (SIGIL) solution for global insights into organized cyberattacks executed on mobile network infrastructure, it was observed that ‘HiddenArt’ actively sustains a capacity to remotely access the personal devices of targeted individuals around the world on an ongoing basis. Since detecting this threat actor, AdaptiveMobile Security has observed periodic reconnaissance activities in at least 7 target mobile networks around the world and given the wide geographic distribution of these targeted mobile operators, it is probable that the threat actor is active on a global scale.

“Malicious mobile network signalling attacks must be recognized as a state-level cyber threat to individual nations as well as to collective security, and an integral component of hybrid warfare”, says Cathal McDaid, CTO, AdaptiveMobile Security. “Given that mobile networks are part of the critical national infrastructure of a state, we aim to highlight the increasingly profound implications of vulnerabilities in telecom network infrastructure for the security and stability of societies, economies, and states.”

The paper demonstrates that malicious mobile network signalling attacks carry the potential to pose a significant national security threat to any country whose citizens are targeted over mobile networks when executed by a threat actor with the overall capability, persistence, and aggressiveness exhibited by ‘HiddenArt’. These attacks can become extremely impactful when used as part of a hybrid warfare strategy and could be deployed in a range of scenarios, including targeting of military personnel, interception of civilian communications and disruption of national mobile networks.

“In the cybersecurity world, trust in the restraint of a potential attacker is not an option. We are releasing this paper and highlighting these security risks with the intent of drawing the attention of the international community and to deter potential attack activity”, says Rowland Corr, Director of National Security Intelligence, AdaptiveMobile Security. “All states that are serious about national security need to prepare and protect from similar attacks on their critical communications infrastructure.”

About Enea
Enea is one of the world’s leading specialists in software for telecommunications and cybersecurity. The company’s cloud-native products are used to enable and protect services for mobile subscribers, enterprise customers, and connected devices. More than 4.5 billion people rely on Enea technologies in their daily lives. Enea is headquartered in Stockholm, Sweden, and is listed on Nasdaq Stockholm.