Munich-based AgTech start-up Agrando successfully completed its Series A with an investment of 12 million Euros. They raise the highest amount ever in a Series A in agribusiness across Europe. yabeo Impact AG, an impact fund of early-stage investor yabeo from Munich, leads this round. They are accompanied by Sony Innovation Fund and Investbridge. Existing investors such as the technology VC June Fund and the London family office JLR Star are investing again. The capital enables Agrando, which is on its way to becoming the European market leader, to invest in internationalisation and R&D. 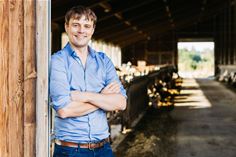 Agrando, founded in 2017, is an independent platform that connects all players in agri-trade. They support farmers, retailers and producers using optimised trading processes, data-based analyses and trade-specific advice. Farms get access to extensive market knowledge and the largest online shop for agricultural inputs in German-speaking countries. Retailers and producers can use Agrando as an additional sales channel or to enter the online trade. The company already expanded to Austria (2020) and France (2021).

CEO & founder Jonathan Bernwieser: "For a sustainable value chain we need strong agricultural businesses in Europe." As a farmer's son and business information scientist, he knows both the agricultural needs and the opportunities through process optimisation: "Only if farms have access to the market information relevant to them at all times can they make good decisions and position their farms for the future."

Saskia Becker, Board Member of yabeo Impact AG: "We want to actively shape the transformation of agriculture. Agrando has exactly the right solutions for the future of agriculture. The company plans to digitise European agricultural trade and make small-structured farms in particular more efficient."

Gen Tsuchikawa, Chief Investment Manager for Sony Innovation Fund: “We, at Sony Innovation Fund, believe in the benefits of digitizing the farm. Agrando enables farmers to analyze and understand what they need in order to make the best decisions and connects them with trusted suppliers, forming a network which will allow them to more swiftly adjust to the changing environment.”