Augmented Reality in PR and Marketing

Augmented Reality (AR) is one of the trends of the year. With the right app, companies can introduce their target groups to their content in a playful manner. news aktuell spoke with Cathy Hackl about potential areas of use in PR and Marketing. The expert of new realities explains what AR has to do with Storyliving and Storydoing and why the usage of AR doesn't have to constrain the marketing budget.

news aktuell: What concrete possibilities do marketeers have with AR? 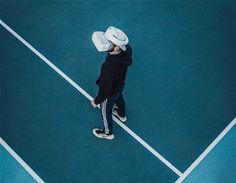 Hackl: The possibilities are quite interesting when it comes to shopper marketing in retail, as well as consumer engagement. The move away from the "tell me to show me" methodology is very lucrative from an e-commerce and marketing perspective. When we are moving away from reading something to seeing, for example, how a pair of sunglasses looks on us or a piece of furniture looks in our house - that will be incredibly powerful.

There is a lot that has been done that is really good. Once we get WebXR (Extended Reality), where we get all this AR content through the web, we are removing the friction of having to download an app that someone is not going to revisit. This will be very important.

news aktuell: What about PR work? Can you think of any particular examples where companies are successfully utilizing AR?

Hackl: The holographic press release that we unveiled at PRSA ICON this year is showing a trend of where the industry could go. So, there is definitely an opportunity to move away from the standard press release as we know it, to a press release that's even more interactive and goes even further than video. As such, PR will definitively be impacted by this. It also has already been affected by Social Media and will continue to do so as we move forward with Augmented Reality, Mixed Reality and spatial computing. The next computing platform will have a huge impact in PR as well.

AR has already made an impact on journalism with the New York Times, Quartz or USA Today, all starting to use Augmented Reality on their digital publications. You're only going to see an increase for PR Pros when they eventually have Augmented Reality assets or holographic assets to share with the media. They will continue to get more coverage as they use those assets.

news aktuell: Which platforms are particularly suitable for AR?

Hackl: Social Media has and will proceed to be a very good place for AR. Even Snapchat: If you open the app it goes immediately to the camera, referred to as call camera marketing, shows that AR has been a very big part of their roadmap. So Social Media, E-Commerce and the evolution of E-Commerce have been big platforms for AR as well.

news aktuell: What effect does the AR-format have on contemporary storytelling? Is it even applicable anymore when using AR?

Hackl: I think it is. At the end of the day we are humans and we tell stories - that´s what makes us different from other beings on the planet. But when we perform with AR and VR we move away from Storytelling to Storyliving, with the person that has agency and a sense of presence in the story, if it's not a passive story.

With AR you are even going one step further. Maybe we can call it "Storydoing", because you become even more of an actor participating in your reality. So, is it applicable? Definitively! At the end of the day, it´s how we tell stories and how we integrate AR into what we are doing.

news aktuell: What are the benefits of AR for marketing and PR activities? Where are the potential risks?

Hackl: A potential risk right now is that you have to create an app which people have to download, especially if we are doing it through the phone or an ipad. That friction needs to be removed. As such, companies like Adobe, with Project Aero, are working on reducing that.

If you look at the forefront of what a company like Magic Leap is doing with spatial computing, it just shows us what the future is going to look like. Where we are actually able to engage with content in our reality and can go from our handsets to our headsets and look back into our eyes.

Content is shifting and expanding beyond the 2D content that is then 3D, then 360 degree augmented - and finally holographic content. And that change in content will have huge implications. So, there will be huge challenges, but also huge opportunities for communication pros.

news aktuell: What has to happen for both VR and AR to reach the marketing and PR mainstream?

Hackl: It is a factor of different emerging technologies coming together. 5G will be a very important catalyst for VR and AR. With VR this is going to take a longer wile. Now that Oculus is going to be releasing the Oculus Quest, which is a 6 degrees of freedom headset that is untethered, I think it will be very powerful. HTC has HTC Focus. So being untethered is going to be important and AR will move away from being just a novelty to actual usage.

news aktuell: What approach would you recommend to companies that say, "Hey, let's give this entire AR thing a try"?

Hackl: I think they need to start allocating budget. Sometimes it´s not even the marketing dollars, sometimes it´s innovation dollars or it´s training from HR dollars, but companies need to start allocating and start using these technologies, because if not, they're going to be left behind. So, the: "give this entire AR thing a try" argument definitively has to happen.

Hackl: Especially in VR, using product placement or ads can be tricky, because they are very blatant, with people already knowing, more than in other formats, that they're being sold to.

Privacy is another important thing. The best practices are being worked on, but when you are using AR or VR you are collecting a lot of personal data from someone. So that will be quite an issue for companies.

AR is definitively going to impact PR. PR is all about engaging with your stakeholders. And eventually the stakeholders are all going to use spatial computing. So, think about the shift PR went through when newspapers and media went digital, when Social Media took off. When we move away from our handsets to our headsets and into our reality. Everything that has happened will continue to have huge implications. Especially when you talk about AR, VR, Artificial Intelligence, 5G and Blockchain, it is not just a conversation about AR and VR as the next computing platform, but a conversation about emerging technologies all coming together to push towards where we are going in the future.

Cathy Hackl is one of the top women in augmented reality and virtual reality. As an immersive expert she has spoken about AR, VR and the future of business in more than 12 countries, e.g. at the PRSA Marketing and Digital Communications Conference 2018 in San Diego.

This interview was originally posted in news aktuell blog:
https://www.newsaktuell.de/academy/augmented-reality-in-pr-and-marketing/

TREIBSTOFF blog is published by news aktuell, a subsidiary of dpa Deutsche Presse-Agentur.