AUTODOC, Europe’s leading online retailer for automotive parts, accessories, and equipment, saw its sales rise to over 600 million euros in the first three quarters of the year. This constitutes an impressive increase of around 40% compared to the same period last year. In 2019, the company’s revenue between January and September amounted to a total of 434 million euros. Despite the pandemic, the company is thus clearly continuing on its strong growth path. AUTODOC’s chief executive Alexej Erdle has stated that he firmly believes the company will achieve the announced sales target of 800 million euros by the end of the year – up from 615 million euros in 2019. 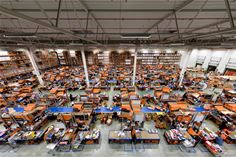 AUTODOC has so far shown particularly strong growth in its core markets of Germany and France during the fiscal year 2020, with sales rising by well over 50% in the two countries. AUTODOC achieved even more substantial gains in Great Britain, where sales increased by over 80%. The company’s own brands, Stark and Ridex, also contributed to the above-average business development with sales growth of 65% compared to the same period last year.

Only recently, AUTODOC had expanded its range of products. These up-and-coming divisions have shown positive development. The business segments in question include the tyre business, which tripled its sales compared to the first three quarters of the previous year. But even the motorbike parts unit, which is still in its start-up phase, almost doubled its sales in the same time span.

Good prospects continue
The fact that AUTODOC is maintaining its growth targets despite the renewed lockdown is partly due to the experience of previous years. Traditionally, the two months of October and November are among the strongest sales periods of the year, before business usually slows down over the holidays at the end of December. Based on the figures available, the management expects the annual sales target of 800 million euros for 2020 to be achieved. The spare parts aftermarket is also likely to benefit from the continued reluctance to buy new cars. In Germany, for instance, the average age of the vehicle fleet in 2020 has increased by 0.1 to 9.6 years, according to the Federal Motor Transport Authority (KBA).

Record number of orders on Black Friday
As a renowned online specialist, AUTODOC naturally took the opportunity of the Cyber Week at the end of November to offer special deals – an approach that has been a tremendous success, as it now turns out. After all, Black Friday, which fell on 27 November 2020, saw AUTODOC setting another record in its unusual success story. For the first time, a total of 80,000 orders were exceeded in just one day.

About AUTODOC
AUTODOC is Europe’s leading online outlet for automotive spare parts. As the fastest growing business in this sector, with a rise in turnover of 48% in the 2019 fiscal year to around 615 million euros (2018: 415 million euros), AUTODOC is continuing to expand its base. As a result of its successful expansion drive, AUTODOC with its group-wide workforce of around 4,000 employees is now represented in 26 European countries outside of Germany. Autodoc pursues a strong customer focus through its presence on social media, technical support in the appropriate national languages and its demand-driven range, which currently comprises almost 2.5 million products from 870 brand manufacturers for 166 makes of car. From brake systems through chassis parts, shock absorbers and springs, exhaust systems, interior parts, steering and clutches up to air-conditioning systems, heating, repair kits and motor oil, the online trader offers a broad service. Autodoc GmbH is based in Berlin and is managed 100% by its proprietors.