Aviation biofuels: a big opportunity for Asian business and governments

Hong Kong, 27 September 2011 – Last year, the world's airlines spent $140 billion on jet fuel. Now, the Air Transport Action Group (ATAG), an organisation representing parties from across the aviation industry, says that governments across Asia could be getting a slice of that by kick-starting development of a new source of energy for flights. In July, the global standards agency ASTM International gave approval for airlines to start flying on biofuels made using the Hydrotreated Renewable Jet (HRJ) process. This followed approval for fuels using Biomass-to-Liquid (BtL) in their production. It opens the door for airlines to fly commercial flights using up to 50% biofuels and a number of airlines have started to do so.

Speaking at the Greener Skies 2011 conference in Hong Kong, ATAG Executive Director Paul Steele said, "The progress has been amazing. Just a few years ago, biofuels for aviation were not even on the radar. Since the ASTM approval came through in July, we have had six airlines running passenger services using biofuels. http://www.enviro.aero/Biofuelspassengerflights.aspx 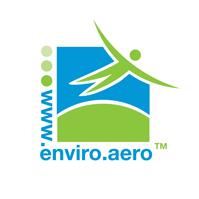 “While a lot of the technical work has been done, we need to continue to work on three important aspects: Further research into new production techniques and feedstocks; ensuring that we can commercialise the biofuels opportunity and bring the right quantities of biofuels to airlines at the right price; and committing to robust sustainability standards worldwide that will mean biofuels for aviation don't have negative consequences for vulnerable communities".

Currently, airlines are paying a price premium for using biofuels, but the industry expects that this will drop as more production capacity comes on stream and supply ramps up. "Airlines are currently paying around three times the cost of Jet A-1 for the biofuels they are using, which is of course unsustainable in the long term," Steele commented, " But as the price of oil continues to rise and we work on new sources of biofuel, we can expect the two energy sources to reach parity. How quickly that happens depends on attracting the necessary investment and governments putting in place the right policy framework."

"Asian governments and industry have a fantastic opportunity to take advantage of sustainable aviation biofuels. Asia-Pacfic is one of the fastest-growing aviation regions in the world and became the largest aviation market in 2009. The region will be using the mobility and connectivity that air travel brings to help drive economic growth. That growth can be achieved in a more sustainable way if Asian airlines take advantage of reducing their carbon footprint by up to 80% using biofuels.”

“Governments should also be taking advantage of this potential boost to the green economy with home-grown jet fuel a possibility. The possibilities of using algae for aviation biofuel need to be explored in Asia and the exciting prospect of using municipal waste to produce biofuel will solve a landfill issue and provide airlines with a new stream of clean energy."

Projects to use municipal waste to produce jet fuel are being developed in London, Northern California, Sydney and Rome. US-based company Solena is working with local airlines to build plants capable of turning 500,000 tonnes of normal organic urban waste into 16 million gallons of jet biofuel each year. The mega-cities of Asia could potentially supply millions of tonnes of organic waste material to convert into aviation biofuels.

"We are urging governments to support our efforts through practical policy measures and have suggested some easy steps to bring about faster deployment of aviation biofuels: foster research into new feedstock sources and refining processes; de-risk public and private investments in aviation biofuels; provide incentives for airlines to use biofuels from an early stage; encourage stakeholders to commit to robust international sustainability criteria; understand local green growth opportunities; and establish coalitions encompassing all parts of the supply chain."

Globally, aviation uses only 10% of the liquid fuels used for transport. It is also distributed through smaller and more tightly-controlled system than other transport fuels: 1,600 airports worldwide fuel 95% of the world's flights. This compares to over 161,000 gas stations in the United States alone. "We have a greater opportunity to de-carbonise air transport faster through biofuels than other sectors. Furthermore, other forms of transport have alternatives such as electricity, which we believe means that biofuels should be prioritsed for use in aviation and other 'heavy' forms of transport."

"It may also provide the oil giants with food for thought. They have for too long delayed getting into sustainable aviation biofuels. It is now time for them to get serious about the needs of their customers and of the world - provide us with low-carbon, cost-effective, sustainably-sourced fuel or we'll just end up doing it ourselves."