The solution developed by BI4ALL aggregates in a single platform the information from several systems and business processes of Algeco's operation.

Lisbon, April 19, 2022 – BI4ALL, a leading company in Data Analytics and Artificial Intelligence consulting services, developed an Analytics solution for Algeco, a multinational company and world leader in modular construction, which allowed the company to integrate its different BI platforms into a single solution, helping the Group to drive the performance in every country where they operate. 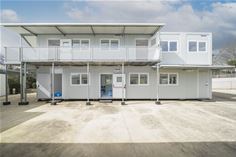 With a presence in 20 countries, Algeco pioneered the concept of modular construction, currently providing more than 220,000 modules, and has more than 3,000 employees in Europe. With a large number of IT/ERPs systems among the multiple business units, Algeco had BI services on platforms with different owners and in different countries, which has led the company to the necessity to consolidate all the information, providing a single, more consistent, and integrated view for everyone, regardless of the country in which they operate.

The challenge set to BI4ALL was to involve all countries present in the Algeco operation, building a solution that could guarantee the same level of satisfaction and response to their needs with the different BI platforms. iAnalytics, an analytics solution developed and supported by BI4ALL, composed of Microsoft technologies, consolidated the information in a single system.

For Jean-Marc Varnet, IT Director Europe at Algeco, "the biggest benefit was being able to consolidate the information coming from the various ERP systems and to extract and harmonize the data from the many operating systems, to compute our KPIs".

With different systems: "The context was very diverse because there was a lack of harmonization between systems across our organization. It was then important to consolidate the data from various countries in a new Data Warehouse" he adds.
With iAnalytics, Management now has a 360-degree view, which speeds up decision-making, allows problems identification, and the necessary corrective actions to be found quickly.

"Decision support has been improved. Business analysts were spending time on producing and maintaining reports, can now focus on analysis. The centralisation of the intelligence, now allows any change in a KPI immediately available to everyone in a quick and effective way, significantly reducing the time needed to replicate such changes across all the reports in the past. We’re proud to say that we’re delivering a real single version of truth across the Group.", comments Carlos Cruz, IT Director of the ENSE Business Unit (Eastern, Northern, and Southern Europe), at Algeco.

Another challenge was to change the mindset of some employees in some functions who, until now, were producing reports and not focused on business analysis. Carlos Cruz adds that "the biggest challenge was to effectively break the habit of using other BI platforms competing with the new one". Algeco has decided to extend the solution to the entire group. They point out that by the end of 2022, all alternative solutions will be eliminated, including all company information in the group's Data Warehouse, and then have all reports and dashboards built on that database.

José Oliveira, BI4ALL CEO, states that "Algeco is an example of the success of our Nearshore Center. We have an excellent team that is 100% focused on adding value and bringing greater agility to Algeco's business". In addition, José takes the opportunity to highlight the advantages for companies when choosing a Nearshore model "it is a simple way to expand the team with a service of excellence that allow you to achieve your objectives, increase business performance, achieve scalability and maintain competitiveness" allowing "a reduction in costs, an improvement in response time and operating more efficiently with experienced and highly specialised teams dedicated to the business".

About BI4ALL:
BI4ALL is a leader in consulting services with competencies of excellence in Digital Transformation and Data Strategy, with a focus on Analytics, Big Data, Artificial Intelligence, CPM, and Software Engineering. Since 2004 we are focused on the success of our clients and share with them excellent knowledge in both technology and business components, allowing organizations to have competitive advantages by transforming their data into insights.

We transform organizations of all sizes into more agile and vigorous organizations that anticipate the unpredictable, adapt quickly to market changes, and are more prepared for the future. Recognised with more than 25 national and international awards, we work with high-performance teams with a passion for results.

About Algeco:
Algeco is a multinational company and world leader that in 1955 invented the concept of modular construction. Algeco markets prefabricated modular spaces that meet a wide variety of business needs and unique solutions to suit the temporary or permanent needs of professionals in all industries.

Algeco is a service company that rents or sells standard or customised, temporary or permanent facilities which respond to all kinds of uses: schools, other teaching and training spaces, medical and social action centres, complementary spaces for medical and paramedical action, offices, social areas, changing rooms, toilets/showers, canteens, medical stations, warehouses, archives, entrance halls, among others. In its base version, they also serve construction sites and events.