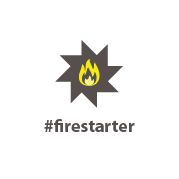 The Firestarter programme has been created to ensure dedicated recognition and reward for the new lean startups who are still securing major funding from VCs. This new award has attracted a large number of earlier stage startups from within the accelerator and incubator communities as well as those self-funding or with angel, seed and crowdfunding as their primary source of investment.

Rose Ross, Chief Trailblazer and founder of the awards, explained: "This year has been a special year for the awards. Our first Firestarter Trailblazers winner Cyberlytic is an innovation infosec startup player who will no doubt go on to achieve great further commercial success and industry recognition in other contests such as the Innovation Sandbox at RSA. We are honored to give Cyberlytic some extra fuel and air for its tech fire."

"The introduction of the Firestarter Award with entrants without VC funding in the very early stages of their startup journey is a landmark in the development of awards, helping even more startups to achieve recognition and reward for their hard work and dedication to innovation in enterprise technology as possible. This Firestarter Award and associated bursary to the awards has opened up the Awards to more and more early stage bootstrapping startups."

All Tech Trailblazing entrants will also be automatically entered free of charge for Regional Trailblazers Cups - a further chance to win an award, and be crowned Trailblazer for their geographical region. The regional winners will be announced next week.

The Tech Trailblazers Awards winners are determined by a combination of public voting and an extensive expert panel of judges from around the world. Industry analysts, editors, entrepreneurs, startup specialists and CTO's from all backgrounds in enterprise technology make up this year's panel, and are eager to review a new wave of startup talent and crown this year's Tech Trailblazers.

Notes to editors:
Media briefings and more information on awards and the Tech Trailblazers Tech Startup Index is available upon request.

Tech Trailblazers is a new concept in awards, designed explicitly for smaller businesses and startups that are five years old or less and at C-series funding or below. The awards have low barriers to entry and prizes that not only recognize startup innovation, but also proactively help startups grow their business with access to mentoring, development and prizes. The awards include the following categories:

In addition to the above categories, all entrants are automatically entered into the Regional Trailblazers Cup competition free of charge. The Regional Cups will be announced at the end of November and the individual Cups are:

Early stage startups (2 years and younger without VC funding) will be able to apply for a chosen tech category free of charge via the new Firestarter bursary and will also be automatically submitted for the new Firestarter award as well as their appropriate Regional Cup.