British fans bet on Jon Snow to win the throne

21 March 2019, London: Jon Snow is the fans’ favourite to win the throne, according to 42% of Game of Thrones viewers. At 20%, Daenerys Targaryen came in a distant second, with the Night King coming in third at 19% followed by Queen Cersei in fourth place at 7%. 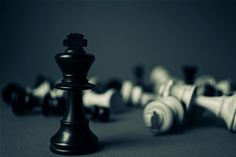 Jon Snow was also Britain’s favourite character to negotiate Brexit, getting 41% of the votes, followed by Tyrion Lannister at 22%.

Jamie Field, MD of TopLine Film, which commissioned the survey said: “I love how optimistic the British public is about the good guy winning, but I just can’t see it happening. A happy ending would be highly unusual.”

The survey was commissioned by TopLine Film and conducted by Pollfish.