Unterföhring, January 30, 2022. New clues in the case of the missing Madeleine “Maddie” McCann: SAT.1 research solidifies suspicions against the German Christian B., who is facing charges by Braunschweig prosecutors. SAT.1 will air the documentary “SAT.1 investigativ: Neue Spuren im Fall Maddie” (SAT.1 investigative: new leads in the “Maddie” case”) by investigative journalist Jutta Rabe and her international team of reporters on Monday January 31, 2022 at 8:15 p.m.

Are these new findings the breakthrough? A reconstruction of the evening of the crime and extensive research in Portugal and Germany found that Christian B. was very familiar with the Ocean Club area in Praia da Luz. Prior to Maddie’s disappearance, he repeatedly carried out repair work at the place where the three-year disappeared in 2007. What’s more, an on-site analysis of phone records showed that Christian B. and his cell phone must have been no more than five minutes away from Ocean Club on the night of the disappearance. Commenting on the findings already provided to authorities by investigative journalist Jutta Rabe and her international team of reporters, public prosecutor Christian Wolters said that “we are grateful to the SAT.1 team for sharing certain findings with the public prosecutor’s office. There are witnesses who might prefer to speak to the media than to us or the police. If this produces any ideas, we will of course follow these up.” 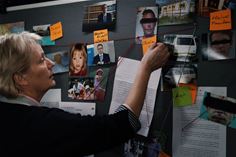 In letters exchanged with Jutta Rabe over many months, he insists that he is innocent. Although he says he was working in the Algarve as a drug dealer in 2007, “I was never caught by the police because I followed a few key principles. Where possible, only driving during the day so that my battered “hippy bus” didn’t attract attention, only driving on the roads I needed to and, most importantly, never provoking the police. So that means not committing any crimes, certainly not abducting anyone. Having said that, this was just as absurd to me at the time as starting a nuclear war or slaughtering a chicken.” He went on: “I see no reason to comment on the accusations made by the Braunschweig public prosecutor’s office. In theory, I could sit back and relax and just wait for the findings.” Yet chat logs featuring paedophilic fantasies of violence cast a different light on the current prime suspect: “capture something small and use it for days, that’s what to do,” Christian B. told a chat partner in 2013, who the SAT.1 team also contacted personally…

SAT.1 viewers can watch the exclusive documentary “SAT.1 investigativ: Neue Spuren im Fall Maddie. Ist der Deutsche Christian B. der Täter?” (SAT.1 investigative: new leads in the “Maddie” case. Is the German Christian B. the culprit?”) on Monday January 31, 2022, at 8:15 p.m. The program is a production by Story House Productions on behalf of SAT.1.

Jutta Rabe will provide further insights into her research after the documentary airs as part of the expert panel “SAT.1 investigativ – der Talk: Neue Erkenntnisse im Fall Maddie” (SAT.1 investigative – the talk: new findings in the Maddie case”). As well as Jutta Rabe, presenter Claudia von Brauchitsch will also speak to the profiler Axel Petermann, prevention trainer Jascha Wozniak and Erika Schneider, whose 19-year old daughter Bianca Blömeke also disappeared without a trace more than 20 years ago. From 9:00 p.m., viewers will be able to ask the studio guests questions by calling the free-of-charge telephone number 0800-5003200.