London, UK, Oslo, Norway and New York, NY, 7 March, 2017 – Confirmit has reported that it achieved the highest annual sales in the company's history for 2016, reaffirming its position as a leading global solutions provider for Voice of the Customer, Voice of the Employee and Market Research. Confirmit celebrated 20 years of business in 2016 with a 60% increase in new business sales over 2015. The expansion of its partner and customer portfolio and innovative product offering promoted this exceptional finish and helped fuel momentum for continued success in 2017. 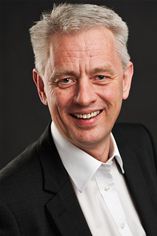 “2016 was a year full of milestones for Confirmit, and we are proud to cap it off with this record revenue achievement and a stunning Q4,” said Henning Hansen, Confirmit President and CEO. “I am pleased to see successes from every part of the business, from great performance in our established regions of EMEA and North America, to exceptional growth in Australia, just a year after we began operating there. With this added momentum, I am confident that 2017 will bring even more excellent results for not only our company, but also the valued clients using our world-class solutions.”

The company recently announced that long-service CFO, Ken Østreng, will take the role of President and CEO from April, helping to drive continued success into the future.

Global Growth and Customer Success
2016 boasted significant customer wins for the company, including the largest deal ever signed in the Asia Pacific region. Since launching its direct sales presence in the region in 2015, the company has substantially grown its customer base, widening its reach in the Market Research market and driving the growth of VoC in the region.

“Due to the technology and the consultative partnership with Confirmit, Philadelphia Insurance Companies has been able to realise a significant increase in its retention, overall satisfaction, and NPS® Score – moving the NPS® score above 60.0 for the first time since the company has tracked these results,” said Seth Hall, Senior Vice President, Customer Service at Philadelphia Insurance.

Technology Milestones
For the fifth consecutive year, Confirmit achieved more than 99.9 percent uptime across all of its web-based SaaS environments globally. In that same timeframe, over a billion surveys have been completed on the Confirmit Horizons platform. 2016 featured with the launch of Version 20 of Confirmit Horizons™, its award-winning multi-channel software platform. Confirmit Horizons boasts advanced features focused on increased agility, flexibility and mobility for organisations. Later in the year, Confirmit launched the innovative FastTrack for Contact Centers, a comprehensive customer feedback solution that delivers engaging experiences for capturing relevant feedback, role-based dashboards for driving insightful decisions, and real-time case management for triggering immediate alerts and ensuring fast response to customer issues.

In an effort to provide its customers with even more ways to capture and analyse engaging and timely feedback, Confirmit partnered with pioneers in the multimedia space, Affectiva and LivingLens. Affectiva’s emotion recognition technology and the video intelligence software from LivingLens, enable MR and CX professionals using Confirmit Horizons to harness the power of visual cues by bringing their respondents, their opinions and subject matter to life. The company also saw greatly expanded use of the Confirmit Genius text analytics platform, with 9 million customer verbatims processed using the solution in 2016, more than double compared to 2015.

Company Initiatives
Throughout 2016, Confirmit celebrated its 20th Anniversary with events and initiatives to mark the milestone, including celebrations in the US, UK and Australia. Confirmit put the spotlight on the future and the need for continued innovation, and shared the knowledge and expertise it has gained over the past two decades. This included the launch of the first annual Young Market Researcher Awards to identify and recognise young MR professionals who will drive the future of the industry, as well as the continuation of its Achievement in Customer Excellence (ACE) Awards programme.

Focus on data protection and privacy is increasing in the markets Confirmit operates in. Confirmit Inc. was one of the first companies in the industry to be listed under Privacy Shield (by the US Department of Commerce). Additionally, in 2016 our privacy models were certified by TRUSTé for Enterprise Privacy Certification.

Awards and Recognition
Solidifying Confirmit’s growth and progress within the industry, the company achieved many industry accolades and awards during 2016. Notable wins include:

Industry Presence
In addition to the award wins, Confirmit reaffirmed its expertise in the industry while attending and hosting workshops across the globe, including Europe, North America, Asia and Australia. Most notably, Confirmit hosted its Third Annual Insurance Summit in New York City, focused on leveraging customer emotion to enhance Voice of the Customer programmes and overarching customer experience strategies. Several winners of the Confirmit ACE Awards were in attendance, including: Asurion, Erie Insurance and The Hanover Insurance Group, who were all recognised for their outstanding work.

Continuing to expand its presence across the globe, Confirmit spoke at MRMW Europe on Internet of Things and its practical applications for Market Research. The company’s key thought leaders also took part in 40 webinars on a range of topics from reducing survey fatigue, reaching millennials with multi-media surveys, and the role of emotion in the customer experience.

*All trademarks are the property of their respective owners. Net Promoter, Net Promoter Score, and NPS are trademarks of Satmetrix, Inc., Bain & Company, Inc., and Fred Reichheld.

About Confirmit
Confirmit is the world’s leading SaaS vendor for multi-channel Voice of the Customer, Voice of the Employee, and Market Research solutions. The company has offices in Oslo (headquarters), Chengdu, Grimstad, London, Moscow, New York, San Francisco, Sydney, Vancouver, and Yaroslavl. Confirmit’s software is also distributed through partner resellers in Madrid, Milan, Salvador, and Tokyo.