London, UK – 25 February 2020. The latest Healthtech M&A market report from Hampleton Partners, the international technology mergers and acquisitions advisor, reveals that boom times are back in healthtech M&A, along with a rapidly increasing appetite to apply Artificial Intelligence (AI) to solve many of medicine’s pressing problems. 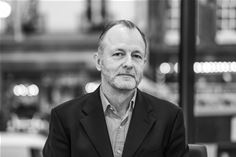 The number of AI-related healthtech transactions has doubled every six months since the second half of 2017, reaching 10 per cent of all deals by the end of 2019.

Jonathan Simnett, director, Hampleton Partners, says: “The phenomenal progress being made in healthcare technology, including genomics, is generating exabytes of data that need analysis, storage and security. That puts the spotlight on AI and machine learning companies which can comb through this massive data pool to extract what’s needed to deliver the tailored therapies, drug discovery and care delivery that the sector wants to achieve.

“The number of AI targets is rising exponentially as the early movers and pioneers in this space are maturing and becoming ripe for sale. It’s also an illustration of the softening in data privacy concerns by the medical establishment and patients.”

Adoption of AI in healthcare
Hampleton expects this trend to continue during 2020 and beyond, driven by mounting cost pressures to drive transition to prevention and precision in medicine, as well as research efficiencies.

According to a recent paper published in the journal Cell, researchers at the Massachusetts Institute of Technology reported that AI had been used to discover a potent new antibiotic, Halicin, which was able to kill 35 powerful bacteria, in the global fight against drug resistance.

Prolific acquirers
Waystar, a provider of revenue cycle technology that leverages predictive analytics and AI to automate manual tasks, streamline business processes and lower costs for healthcare providers, is one of the most prolific acquirers that have focused their acquisition strategy on AI, acquiring Digitize.AI, PARO and Recondo Technology in 2H 2019.

During the same period, Swedish PE firm EQT and the Canadian Pension Plan Investment Board (CPPIB) acquired an undisclosed majority stake in Waystar, valuing the combined entity at $2.7b. Former owner Bain Capital retained a minority stake after the transaction.

Most active acquirers and largest disclosed healthtech deals of 2H2019
Philips maintains its position as the most acquisitive buyer over the past 30-months, with six deals (including Carestream Health, Blue Willow Systems and Vital Health); followed by TabulaRasa Healthcare with five (including PrescribeWellness, DoseMe and Cognify).

“Given the pressure on health systems worldwide - ever-rising costs, aging populations, lifestyle diseases and rising patient expectations, not to mention the threat from rapidly spreading epidemics such a coronavirus - healthcare providers are having to turn to new technologies if they have any hope of maintaining and enhancing future healthcare services.

“That, in turn, is driving a very active healthcare M&A market as companies compete for acquisitions in AI as a strategy to support innovation and seek to dominate technology sectors such as medical data analysis.”