London, UK - March 25, 2020 -- Today Florian Douetteau, CEO of Dataiku, one of the world's most advanced Enterprise AI platforms, is listed as part of the DataIQ 100 for the fourth consecutive year. 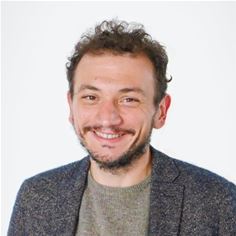 Douetteau co-founded Dataiku in 2013 after building data science teams in various tech companies. Dataiku enables enterprises to build their own path to AI by making AI accessible to a wider population within the enterprise, facilitating and accelerating the design of machine learning models, and providing a centralised, controlled, and governable environment. As a result, businesses are able to massively scale their AI efforts.

Douetteau started his career at Exalead, an innovative search engine technology company. There, he led a 50-person R&D team until the company was bought by Dassault Systèmes in 2010 for $150 million. Douetteau then became CTO at IsCool Entertainment, a European leader in social gaming, where he managed game analytics and one of the biggest European cloud setups. He has also served as freelance lead data scientist in various companies, such as Criteo, the European advertising leader.

Since then, Douetteau and his team has secured $145 million in funding and has spurred hundreds of large enterprise customers around the world on a journey to Enterprise AI.

Commenting on the achievement, Douetteau said, “In 2012, my partners and I saw what represented an opportunity in the fragmented data science ecosystem to promote collaboration amongst users and to navigate the journey to successfully implementing Enterprise AI. We founded Dataiku, where we’re dedicated to making AI human-centric and building a community that is collaborative and inclusive. In the past year we’ve seen a real focus on responsible AI, and that’s something that should continue as we progress through 2020. It’s an exciting time to be part of the industry, and I’d like to thank the DataIQ team for this recognition.”

The full list of the DataIQ 100 2020 was unveiled at a gala event on 25th March 2020 at the Illuminate Gallery of the Science Museum in London. You can view the full DataIQ 100 list here https://www.dataiq.co.uk/dataiq100.

About Dataiku
Dataiku is the centralized data platform that democratizes the use of data science, machine learning, and AI in the enterprise. With Dataiku, businesses are uniquely empowered to move along their data journey from data preparation to analytics at scale to Enterprise AI. By providing a common ground for data experts and explorers, a repository of best practices, shortcuts to machine learning and AI deployment/management, and a centralized, controlled environment, Dataiku is the catalyst for data-powered companies.