Dunstan Thomas, the retirement market solutions provider, announced today it has been working with two major Direct to Consumer (D2C) platform operators to roll out its new online toolset designed to help consumers, who are approaching retirement, to navigate more difficult choices in a post-Freedom Day world.

Dunstan Thomas has seen particularly strong demand for its new tool geared to helping consumers explore all their new options at-retirement in the wake of Freedom Day on April 6th.  The tool, called Imago Self Direct Decumulation, enables consumers to review their retirement savings progress as they near retirement. 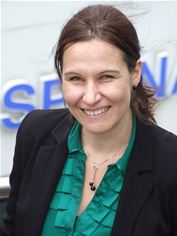 They will be able to input total retirement income target and explore decumulation options including taking of Tax Free Cash, cash lump sums, Drawdown or buying an annuity. They can set planned dates for starting drawdown or purchasing an annuity. They can also explore hybrid decumulation options in which several choices are explored alongside each other.

‘Freedom and choice in pensions’, first announced in the Chancellor’s Budget Speech a year ago gives consumers a great deal more choice over what they do with their retirement savings from the age of 55. Up until this announcement nearly 90% of us bought an income for life called an annuity when we reached retirement. Most were ‘defaulted’ into buying the annuity which their existing pension provider offered and some were poor value. The remainder went into drawdown where income was taken in small regular amounts in line with GAD (Government Actuarial Department) limits designed to prevent people running out of money later in retirement.

But from next week the options available to consumers will include taking it all out in cash (and perhaps paying a large tax bill in the process), buying an annuity or going into drawdown. Others may choose to take lots of smaller lump sums while keeping the bulk of the pension invested.

Natanje Holt, managing director, Dunstan Thomas, said:
“We took the view that after Freedom Day consumers would need highly intuitive online tools to help them weigh up their at-retirement options before taking the plunge. You cannot underestimate how much support is needed to do get consumers engaged in these complex decisions, especially as many more people are not being advised by an IFA and the guaranteed guidance regime (which TPAS and the Citizens Advice Bureau are providing) will be bursting at the seams.”

The Imago Self Direct toolset is built on the mature, resilient and robust calculations engines and IT infrastructure of Imago Front Office which already has more than 30 customers including some of the largest providers and platforms in the retirement market.

Notes to Editors:
Third Party Administrator Hyman Robertson calculated that some £6 billion of assets is heading for the one-way exit door between April and July 2015 alone. A more recent Censuswide consumer survey found some 40% of people were planning to withdraw all or part of their pensions as soon as they are allowed. This chimes with a BlackRock January Investor Pulse survey which found 43% of consumers planning to take some of their pension pot in cash.

The national media has also been gnashing its teeth about a potential boost to already over-inflated house prices as, according to the same Blackrock study, some 17% of retirees are planning to crystallise all of their pension assets in order to move their money into other assets geared to delivering them an income in retirement, notably property.

Others are studying the levels of pension assets being ‘held back’ by Freedom Day. These are the amounts which we know are pending for crystallisation post April 6th. Apparently about £5bn of assets which would ordinarily have gone into annuities already, are currently sitting in the pending (crystallisation) tray. There is conjecture that in the next tax year from April 6th there may be as many as 540,000 pension holders looking to cash out, considerably higher than the Government’s upper level estimates which were 320,000.

If volumes are this large it is unlikely that everyone will make wise financial decisions. It is against this backdrop that Dunstan Thomas has invested heavily in its Imago Self Direct Toolset.  You can join the debate on our LinkedIn page.

Dunstan Thomas’ Imago is now establishing itself as a highly functional platform for servicing not only pre, at and post-retirement products but also supporting wrap platforms to help them find increased efficiencies - automating calculations, illustrations and providing all relevant reporting capabilities.