The European Elections have entered the final phase. Until May 26, citizens in the 28 European Union member countries are being called to the polls to cast their votes for the next EU Parliament.

Complementing the great amount of already-published theme packages as well as many diverse interactive widgets, the media service EUrVOTE (http://eurvote.eu) is also providing coverage and updated information both during and beyond the voting process. Editorial teams can make use of this material for their own reporting free of charge. 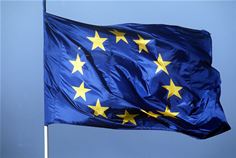 The interactive widgets will be visualising in real-time the results of the EU Elections. An overview of the tools available can be found at: http://dpaq.de/hgVkc. Beyond this, the eight theme packages which have already been published will be steadily updated.

Besides such topics as environment and climate protection, migration and internal issues, the digital transformation and innovation, and the economy and trade, the packages also deal with the history of the EU, the European election itself, latest developments, and the future of the community of Europe's states. All the texts are illustrated, with interactive graphics rounding out the media service offering.

About Media service EUrVOTE:
Under http://eurvote.eu, information packages about the European elections are provided free of charge for use by the media.

The project is sponsored by the European Parliament.