Enterprise IT Seeking VPN Alternatives for Applications Networking, IIoT and Multi-cloud; According to Futuriom Survey

CHARLOTTE, NC - October 10th 2018 -- NetFoundry today announced the findings of a new survey of 200 enterprise IT managers discussing applications networking, security and the cloud. The shift of applications from on premises applications to hybrid-cloud environments has posed myriad challenges to IT departments who need to efficiently and securely connect applications. To gain insight into these challenges, the research firm Futuriom surveyed 200 IT managers in application development, networking, security and DevOps and reached some major conclusions in a new report.

Conclusions of the research, based on survey data and primary research with enterprise end users, include the following: Virtual Private Networks (VPNs) are seen as having significant security and performance drawbacks for use in networking cloud applications. 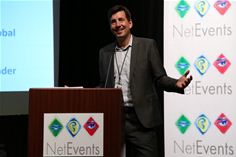 While some respondents believe that MPLS/SD-WAN can be used to network cloud applications, it’s clear that there is the desire for additional layers of security and virtualization. The view on using MPLS for cloud applications is split down the middle. 45.5% of the respondents agreed that carrier-delivered MPLS wasn’t the right solution for cloud-based networking, while 46% disagreed with that statement. This indicates that conviction is lacking in MPLS and that many IT managers believe additional technology is needed for networking cloud applications.

A key area of concern about MPLS is security. This is because MPLS does not have full security baked into the service, and requires additional measures, according to our respondents. 73.5% of the respondents said they run an additional layer of security over MPLS.

Internet of Things (IoT) technology is viewed as an outlier in the world of secure networking. Several high-profile hacks of IoT devices, including surveillance cameras and automobiles, has led to security concern about IoT devices. End-user research, including survey from the data and end-user interviews, backs this up. Survey respondents do not view VPNs as suitable for IoT security, nor do they see SD-WAN technology as a panacea. Respondents did identify hardware root of trust and Zero Trust networks as potential security solutions.

ASN to the Rescue
Application Specific Networking (ASN) is an architectural paradigm shift in connectivity, offering compelling alternatives to VPNs and MPLS, and improved and secure architectures for the IIoT, especially as a majority of end users are seeking zero-trust networks and hardware root of trust for network security.

Harnessing the power of Application Specific Networking, NetFoundry’s AppWANs are software-only networks that connect applications without requiring management of hardware devices, operating systems, or servers. Unlike VPNs, AppWANs can be provisioned automatically by the applications in the cloud.

Views on MPLS and SD-WAN
ASN incorporates a new architectural design of creating logical networks across the Internet and WAN to connect applications — called NetFoundry AppWANs. The AppWANs are the glue that can securely connect parts of a distributed application, which often includes connecting applications programming interfaces (APIs) and workloads that may run across clouds. An AppWAN can connect an endpoint or resource in the cloud that needs to be connected securely and efficiently. It can be used to replace legacy technologies like VPNs and MPLS, which are tied to specific hardware devices but aren’t nearly as flexible.

“Based on the end-user feedback of our Application Networking Survey, IT managers are looking for a more flexible and secure software-based networking solution for the cloud,” said Scott Raynovich, founding analyst for Futuriom. “ASN is likely to serve that person to connect distributed applications in SaaS, IaaS, and PaaS environments, whether it’s single cloud, hybrid cloud, and multi-cloud environments.”

Survey Methodology
Futuriom used an online survey tool to reach 200 enterprise IT staff balanced over applications development, networking, security, and DevOps functions. The survey used screening questions to assure only the results generated from IT staff.

About NetFoundry
NetFoundry is the leader in Application Specific Networking, enabling businesses to instantly connect distributed applications in any cloud, on any device, anywhere with unprecedented simplicity. The NetFoundry platform enables businesses to securely and reliably connect applications without the constraints of VPNs, custom hardware and private circuits. NetFoundry is headquartered in Charlotte, North Carolina, with offices in San Francisco, New York, London, Bangalore and Singapore.