Brussels, 17 October 2013 – With high-speed satellite broadband now available in all 28 EU countries, Europe today reached a major milestone in its drive to bridge the Digital Divide. The opportunity of broadband for all became a reality with the launch of satellite broadband services in the Baltics, Estonia, Latvia and Lithuania being the last countries to be added to a network of service providers across Member States. 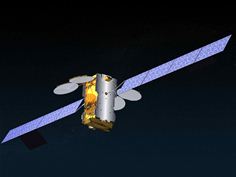 Thanks to satellite-based broadband, delivering download speeds of up to 20Mbps and upload speeds of up to 6Mbps, EU citizens across all Member States who are on the wrong side of the digital divide can now join the online community, study, trade and access information as well as view high-quality video content. “The availability of satellite broadband in all EU member states is an essential stepping-stone for making a Connected Continent a reality,” said Neelie Kroes, EU Vice President and Commissioner for the Digital Agenda. The Digital Agenda for Europe (DAE), a flagship initiative of Europe 2020, calls for broadband Internet to be available across the European Union by the end of 2013.

Neelie Kroes was speaking at the European Parliament at the launch of a new website www.broadbandforall.eu produced by ESOA (the European Satellite Operators Association) with the support of the European Commission to facilitate access to satellite broadband services for EU citizens. At the event, entitled “Broadband for all - Towards 100% coverage” hosted by MEP Lambert Van Nistelrooij, participants were able to view the new non-commercial online tool that provides practical information to enable citizens to find a local service provider to supply them with immediate broadband connectivity irrespective of their location.

“The satellite industry’s substantial private investment in technology and service development is giving citizens access to effective and affordable broadband no matter where they live and making a real contribution to getting Europeans connected,” said Michel de Rosen, Chairman of ESOA and Chairman and CEO of Eutelsat. “Satellite-delivered broadband and broadcast services, unlike terrestrial-based services, can instantly reach even the most isolated communities and provide high volume data and video transmission to homes in urban or suburban areas where terrestrial provision is inadequate,” added de Rosen.

MEP Lambert Van Nistelrooij (EPP) added: “Bridging the digital divide and making fast broadband available everywhere in Europe today, without waiting for terrestrial infrastructure projects to be completed, has the potential to create jobs and give a boost to rural economies and peripheral areas in Europe.”

Neelie Kroes discussed with industry representatives, MEPs and policymakers what else needs to be done to ensure that every citizen can get the right support at local and regional levels to access satellite broadband. The latest generation of High Throughput Satellites has revolutionised the provision of high speed broadband services, increasing data transmission speeds and the number of customers that can be supported, whilst significantly reducing costs for end users.

Satellite technology has already been recognised and included in national broadband support schemes in Ireland, Wales, France, Germany, Spain, Italy and Cyprus as well as many regions. The newest generation of satellites is also playing a vital role in providing communications for emergency services and administrations in the event of a disaster. For example, satellite broadband was quickly deployed to provide vital Internet connectivity to hospitals, emergency services and civil protection agencies following the earthquake that hit Italy’s Emilia Romagna region in 2012.