[London, 24 May 2019] The third annual Managed Services and Hosting summit this week in Amsterdam revealed a sector revelling in its success, but being pulled in multiple directions. Several surveys discussed for the first time at the event point to continuing growth in what is a maturing industry, but issues remain on customer relationship management, security and a lack of skilled resources.

Managed Services Providers are facing an increasingly complex customer set, advised Mark Paine of Gartner in the first keynote. The complexity of the customer buying process, with many individuals involved at various levels, has increased the length of the sales cycle to double that of customers’ expectations, though recent evidence shows it shortening again as MSPs get more sophisticated. The trust that both MSPs and customers look to achieve is possible, but IT service suppliers need to work on their authenticity. “Find out who your prospects trust and make sure they know about you,” he says, “while you work to reposition your company and create authentic stories.” 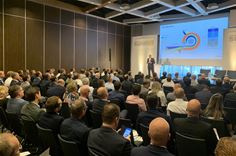 The issue of trust came up later in the day with the first airing of the Barracuda MSPDay report on what MSPs think about customer relationships. This showed that Customer misconception was identified as a barrier by the largest group of channel partners (89% of the sample). This seems to be down to a view among customers that managed services provision removes their responsibilities for their networks, security and disaster recovery. “MSPs need to spell out the limits of their responsibilities, and the industry as a whole should work to educate its customer base on what is possible,” says Jason Howells, international director of Barracuda MSP. “The perceived lack of trust in MSP security was reported by more than three quarters of respondents.”

He reported that network management had risen to the top of the list of services offered by MSPs, with email second, again based on security and reliability issues. And in a change from recent reports of high levels of competition in the market, the MSPs were positive: 73 percent concede there are “still plenty of opportunities out there.”

There were plenty of discussions around the technologies – management issues have moved from data backup to hybrid cloud management, with sponsor Datto in particular positioning its new offerings in network management alongside disaster recovery. Security issues for MSPs played a strong part in Eric Torres’ presentation. As a former MSP owner and now Datto’s channel development manager, he highlighted the increasing likelihood of ransomware attacks on customers of all types. Only a multiple location backup and reporting strategy would help overcome this, he explained.

On the technology theme, author Igor Pejic from BNP Paribas AT told the conference about the opportunities and challenges represented by blockchain, fast moving through financial services to other industries, before signing copies of his book “Blockchain Babel” which was given free to all attendees.

The rate of innovation in managed services is one of the forces behind the high level of merger and acquisition activity in the sector, Jonathan Simnett, director of tech M&A specialists Hampleton Partners told the conference. “M&A peaks when disruption is taking place,” he said. The established incumbents also know they need to move quickly, so they look to buy. For MSPs in particular he advised, one of the best things to develop to build value is some form of uniqueness, especially intellectual property.

The specialisation theme was continued in many of the other presentations, where technology vendors and distributors set out offerings designed to support the MSPs in becoming more efficient.

The European Managed Services and Hosting Summit 2019 took place at the Novotel Amsterdam City Hotel, on 23 May 2019. It is one of a series of Managed Services & Hosting events being staged this year. MSPs, resellers and integrators wishing to attend other summits and vendors, distributors or service providers interested in sponsorship opportunities can find further information at: www.mshsummit.com

About IT Europa
IT Europa is the leading provider of strategic business intelligence, news and analysis on the European IT marketplace and the primary channels that serve it. In addition to its news services the company markets a range of database reports and organises European conferences and events for the IT and Telecoms sectors. For further details visit: www.iteuropa.com

About Angel Business Communications
Angel Business Communications is an industry leading B2B publisher and conference and exhibition organiser. ABC has developed skills in various market sectors - including Semiconductor Manufacturing, IT - Storage Networking, Data Centres and Solar manufacturing. ABC has the infrastructure to develop a leadership role in the markets it serves by providing a multi-faceted approach to the business of providing business with the information it needs. For further information visit: www.angelbc.com