Hallbergmoos, 01 July 2020 - The Shareholders of the EUROJET Consortium have appointed Gerhard Bähr (59) to the position of Chief Executive Officer of EUROJET Turbo GmbH (EUROJET) effective from 1 July 2020. He succeeds Clemens Linden upon his retirement, who has led the consortium since December 2012.

Gerhard Bähr, who holds a degree in Mechanical Engineering, has a proven track record in the aerospace industry of over three decades giving him a unique understanding of the aerospace business from multiple vantage points. He began his professional career as a test performance engineer in MTU Aero Engines (MTU) in 1987 and following US resident engineering and programme positions, took on the role of Senior Manager for MTU Central Processes on his return to Germany. This was followed by Director of MTU Blisk Production and later Program Director TP400 / Tyne / Larzac. From 2016 until commencement of the position as EUROJET CEO, he led the MTU Erding site as Director of Military Engine Maintenance and Assembly. 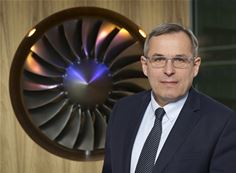 Mr Bähr stated: ‘I am very pleased to be taking on this new opportunity as the EJ200 Engine Programme is gearing up for some exciting years ahead. We look forward to a decision later this year on additional orders from some of our core nations, notably Germany and Spain, while together with our colleagues over at Eurofighter we are also working on notable international sales campaigns in particular in Finland and Switzerland amongst others.’

ABOUT EUROJET:
The EUROJET consortium is responsible for the management of the EJ200 engine programme. EUROJET’s shareholders comprise Rolls-Royce (UK), MTU Aero Engines (Germany), ITP Aero (Spain) and Avio Aero (Italy). The engine represents outstanding and innovative technology and continually demonstrates its exceptional performance in the Eurofighter Typhoon. With its unprecedented performance record, combined with multi-role capability and highest availability at competitive life-cycle costs, the EJ200 engine is perfectly set to meet air force requirements, both of today and the future.

Since delivery of the first production engine in 2003, well over a thousand EJ200 production engines have been delivered to Air Force customer fleets of nine nations, and the EJ200 engine has achieved in excess of 1 million engine flying hours.

High Resolution images of the EJ200 can be downloaded from: http://www.eurojet.de/media