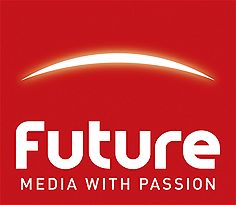 “As download becomes increasingly in the games retail space, we feel that Green Man Gaming have a unique and compelling offering that addresses key market issues for both consumer and games publishers ” said Mark Cantwell, Associate Publisher for Future’s Entertainment portfolio.  “We believe that Green Man Gaming’s focus makes them one of the most exciting players in the games retail space, and we’re delighted to be partnering with them.”

David Clark, Co Founder and Director of Green Man Gaming said: “Green Man Gaming are partnering with the number one provider of trusted editorial for video game enthusiasts.  This partnership will significantly extend our customer reach and reflects the strength of our consumer offering.  Taken with our O2 and SECUROM partnership announcements, Green Man Gaming is set to change the face of PC digital retailing”.

Launched in Q2 2010, GMG is partnered with over 40 games publishers and offers a global service to customers in over 65 countries.

About Future
Future plc is an international special-interest media group, listed on the London Stock Exchange (symbol FUTR).  Founded in 1985 with one magazine, today we have operations in the UK, US and Australia creating over 180 special-interest publications, websites and events.  We hold market-leading positions in games, film, music, technology, cycling, automotive and crafts.  Our biggest-selling magazines include T3, Total Film, Classic Rock, Guitar World and Official Xbox Magazine.  Our websites include gamesradar.com, bikeradar.com, and techradar.com.  Future sells more than 3 million magazines each month; we attract more than 20 million unique visitors to our websites; and we host 27 annual live events.  In addition, Future exports or syndicates publications to 90 countries, making us the UK's number one exporter and licensor of monthly magazines.