Half of UK Companies failing to heed security breach warnings

13 June 2012 - Organisations are taking huge risks on a daily basis and while digital security is being addressed, other vital areas are causing concern. This is the headline finding from new research by The Bunker, provider of Ultra Secure Managed Hosting, Cloud Computing, Colocation, and Outsourced IT services from within Europe’s most secure data centres, into the views of senior IT professionals in UK organisations towards security, risk and compliance. 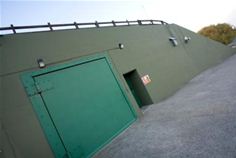 2011 was notable for high profile security breaches reported in the media – Sony, the data security firm RSA, NASA, the European Space Agency, the FBI, The British and French treasuries and Citigroup, along with dozens of other companies and government departments were affected. Over two thirds of respondents to The Bunker Security Survey 2012 reported these security breaches have indeed raised awareness, yet almost half have subsequently done nothing to increase their own security measures.

Other key statistics from the report include:

Commenting on the results, Peregrine Newton, CEO of The Bunker said, “Many businesses fail to give security the attention it deserves until they themselves have been the victim of a breach. Yet by this point the impact will often already have been devastating in both reputational and financial terms. In a difficult financial climate it’s imperative that organisations heed the warnings of previous well-publicised attacks on their peers.”

The Bunker Security Survey 2012 report, including the full findings and recommendations to put organisations on the right track, is now available to download from http://www.thebunker.net/security/security-breach-survey-results/

About The Bunker
The Bunker delivers Ultra Secure Managed Hosting, Cloud Computing, Colocation, and Outsourced IT services from within Europe’s most secure data centres.

Our data centres, which are outside the M25 yet within easy reach of London, are military-grade nuclear bunkers purpose built to house the UK's air defence systems. We run 24/7/365 - our NOC monitors systems both nationally and internationally and is staffed around the clock by system and network engineers and security staff. The Bunker is ISO 27001 accredited and PCI DSS certified and follows ITILv3 best practice and PRINCE2 project management standards.

Our clients are health service, financial services organisations, technology companies, government and other regulated businesses that value a premium service built around security.