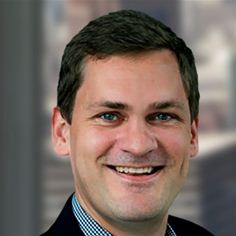 Annink joins Hampleton from his role as Senior Director for National Electric Vehicle Sweden AB (NEVS a.k.a. Saab cars), where he headed the company’s transformation to a global provider of sustainable mobility solutions.

Annink, who started his career in The Netherlands, initially spent seven years working at Japanese electronics conglomerate Toshiba TEC where he was IT & Marketing Director. This launched his 25-year career spanning sales and marketing strategic roles, as well as working on M&A deals at technology giants.

Miro Parizek, founder and principal partner at Hampleton Partners, says: “Despite the relatively low numbers of capital rounds, Nordic companies are reaching billion-dollar valuations. The Nordic’s blue-ribbon company, Spotify, reached a market valuation of $26.6 billion as it debuted on the New York Stock Exchange. In terms of notable deals, PayPal’s recent $2.2 billion acquisition of Swedish financial technology business iZettle sends a clear signal that Nordic M&A momentum is likely to last. We’re excited by the rapid pace of growth and the thriving ecosystem that has produced world-class unicorns.

“We were searching for an experienced executive who understands both the Nordic market, but who also offers considerable international expertise. Michel brings a valuable combination of strategic entrepreneurship and big tech-company thinking to offer fantastic support and insight to the Nordic founders and senior leaders striving for growth and considering their next strategic move.

Michel Annink, director, Hampleton Partners, says: “At Hampleton, we think of M&A as the new R&D. Companies across all sectors are turning to M&A to acquire the technology and talent they need quickly and effectively to stay competitive. The intense rate of innovation means many companies can’t work through the traditional R&D cycle – they just won’t survive.

“We’re at the beginning of fantastic expansion in the Nordic tech scene and I’m looking forward to helping some of the most innovative and potentially valuable companies in the world work on their M&A strategies to help them realise their potential.

The next Hampleton Partners event in the region for any founder or senior leader of a tech company interested in the prospects for and valuation of their business is a webinar on 27 June titled, Tech M&A in the Nordics- How to Sell Your Tech Company.

About Hampleton Partners
Hampleton Partners is the international mergers and acquisitions advisory for companies with technology at their core. Hampleton’s experienced deal makers have built, bought and sold over 100 fast-growing tech businesses and provide hands-on expertise and unrivalled international advice to tech entrepreneurs and the companies who are looking to accelerate growth and maximise value.