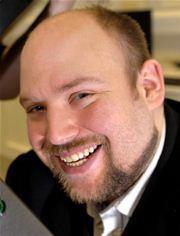 This investment represents a significant step in allowing Iceotope to further commercialise its innovative cooling solutions for the £250bn global data centre and High Performance Computing (HPC) markets. It will help the company hire more staff, expand into new geographies and add to its current product ecosystem; furthermore, it will enable Iceotope to target larger transactions and more ambitious supercomputing projects.

“This really is the deal of the century for us” said Iceotope founder and CEO, Peter Hopton. “As a start-up in the north of England, it’s fantastic that Iceotope’s technology has attracted the investment of an international consortium. We strongly believe that our technology has the potential to revolutionise the HPC and data centre industry and we’re thrilled that it’s not gone unnoticed. The support provided by our new investors, along with a new partnership opportunity with Schneider Electric, will have a big impact on the development of the company and will allow Iceotope to build a global product ecosystem based on Iceotope liquid cooling platform.”

Commenting on the investment, John Bean, director R&D Data centre Cooling at Schneider Electric said: "We have been looking at various technical approaches to liquid cooling for years and concluded that Iceotope has created a scheme that addresses performance and user experience expectations."

The global IT ecosystem is said to account for ten percent of all electricity consumed on earth and this is largely due to the current energy demand of data centres, HPC and supercomputing facilities. Iceotope’s innovative technology is able to halve the energy requirement of these facilities and significantly reduce their infrastructure costs.

Since Iceotope installed its first production system at the University of Leeds in early 2012, the company has begun rolling out its cooling system throughout Europe. As part of this, Iceotope recently equipped the 3,200 sqft Poznan Supercomputing and Networking Centre in Poland where it achieved industry leading environmental figures. Iceotope’s recent success has not gone unnoticed within the green IT industry either and the company has won numerous industry awards and accolades in recognition of its technology and its ability to lower IT energy usage.

Jean-Marc, Managing Partner at Aster Capital, declared: “Iceotope can deliver breakthrough energy efficient solutions into the area of data centres infrastructure. We have been impressed by the effort and the progress made by the Iceotope team in the last couple of years and we envision that, thanks to our corporate sponsors, especially Schneider Electric and Solvay, we will be able to strongly support Iceotope development and make it the future liquid cooling market leader within HPC and data centre markets.”

Stephen Brooke, CEO of Ombu Group, added: “It is exciting to partner with a disruptive new leader in any industry, but to do so in the data centre cooling space is particularly thrilling given its huge demand for innovation. Iceotope’s technology is outstanding and the company has an impressive commitment to quality. We look forward to working closely with Iceotope’s strong management team to assist in the continued rapid growth of the business.”

About Aster Capital
Aster Capital (www.aster.com) is a leading clean technology focused venture capital firm sponsored by Alstom, Solvay and Schneider Electric, global leaders in the energy and chemicals industries who – along with the European Investment Fund (through the Competitiveness and Innovation Framework Programme) invested in Aster’s second EUR 107 million investment fund. Aster focuses on highly promising companies and teams that have developed superior solutions to solve global challenges in the energy and environment sectors and aims to proactively leverage the expertise of its sponsors to support entrepreneurs to achieve their ambitions.

About Ombu Group
Ombu is a UK investment company that partners with outstanding business leaders to help them build world-class, advanced technology businesses. Ombu provides capital and management support to fast-growing companies in the fields of industrial technology, energy technology and water technology.

About Iceotope
Iceotope has been established to develop and deliver 'full time free cooling for ICT anywhere'. This is done by combining next generation liquid cooling technology, industry standard ICT and Iceotope’s own I.P. Designed with environmental impact in mind, Iceotope’s unique liquid cooled encapsulation of electronics is the first truly scalable, sustainable and resource efficient solution to ICT cooling of its kind. Iceotope’s patented energy efficient technology is proudly designed, engineered and manufactured in Great Britain.