Newcastle, June 8th, 2018: ImpulsePay today announced that Adam Williams will become its new CEO. After successfully running the mobile payment company for ten years – a time period which has included multiple awards – Chris Newell has handed the reigns over to Williams, as he switches his focus to tech-for-good company, donr. 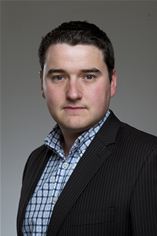 ImpulsePay is one of the pioneers of Charge To Mobile technology in the UK, allowing businesses to offer their customers an option to pay for online purchases via their mobile bill or credit, rather than by debit or credit card.

Since the conception of their company in late 2008, Newell and Paul Paterson, the company’s Commercial Director, have seen their business go from strength to strength. Strong relationships with all UK mobile network providers have yielded inclusion in the Sunday Times Tech 100 list on multiple occasions: in 2015, they were listed 10th on the list; in 2016, they were 12th; and in 2017, they were 28th.

However, Newell and Paterson have spent the last couple of months focussing increasingly on bringing Charge To Mobile technology to the UK’s third sector, and their tech-for-good company, donr, will now benefit from both their knowledge and expertise on a full-time basis.

“ImpulsePay has very solid foundations and I’m confident that Adam will continue our growth. For me however, now is the right time to transition and explore the very exciting new opportunities that we have with donr,” Newell commented.

Williams, meanwhile, has stepped up from his current role as Chief Operating Officer to become the new Chief Executive Officer of ImpulsePay, and is excited to take on his new role: “We are always looking to expand and improve our business,” he said.

“Having recently received our e-Money licence from the FCA, we are progressing with opportunities to launch services selling physical products and quasi-physical goods,” Williams continued. “We also made a recent breakthrough with crediting technology which allows merchants to put money back onto a mobile phone bill.”

“We’re excited to continue to explore the opportunities that our expertise in Charge To Mobile technology provides.”

About ImpulsePay
ImpulsePay is the leading provider of Charge to Mobile in the UK. Charge to Mobile allows consumers to pay for a wide variety of digital goods and services with their mobile phone and is fully backed by all the UK mobile operators. Mobile is the second most ubiquitous payment method after cash, meaning ease of use for consumers and access to an increased audience for merchants.