'It's time for me!' say Brits as they look to re-brand themselves post-pandemic

11th August 2021, London - After gruelling lockdowns and months without everyday social interactions, Britons are excited to re-invent themselves and their looks post-pandemic, a new survey* by fast-growth invisible teeth aligners company PlusDent has revealed. In fact, more than half of people report feeling less self-confident than they were prior to the pandemic (55%, rising to 61% for women specifically) and almost one in five feel pressured to look good in a post-pandemic world (18%, rising to 20% for women specifically). 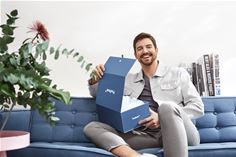 In a bid to embrace their self-confidence journeys, and now that tough UK restrictions have eased, more than a quarter of people say they plan to make more of an effort with their appearance (26%) and one in five are enjoying getting dressed up for social events (22%) as birthday parties and other celebrations are finally back in the diaries.

The PlusDent study identified that 43% of Brits feel the pandemic actually allowed them time to make positive changes to their lives and as such one in three people are now more optimistic about achieving their life goals (32%) as they continue on the path to self-improvement. And, as virtual meet-ups fast become a distant memory, more than one quarter say the pandemic has had a positive impact on their relationships with others as people appreciate the time they get to spend together (27%).

With the complete life upheaval recently experienced shaking up people’s priorities, almost one quarter of people now believe it is time to reboot and refresh after the past 18 months (24%). And, looking forward, almost one third of Brits say they are now more likely to make positive lifestyle changes (31%) and dedicate time to exercise (29%) than they were before the pandemic. And, one in four women are more likely to take time to pamper themselves (27%) as self-care and personal wellbeing moves higher up the agenda.

Leading TV psychologist, Honey Langcaster-James, who is Director of Services at global psychological health consultancy, On Set Welfare, said, “Whenever anyone comes out the other side of a major life-changing event, especially if it has been extremely challenging to cope with, it can be quite common to see them wanting to make a fresh start in some way. Psychologically speaking, making a big change, like refreshing your look, over-hauling your daily routine, or starting a health drive, can all be great ways to draw a line under it all and put things behind you.”

She explained, “Taking care of yourself well after a period of difficulty can also be a great way to recover from the accumulative effects of the stress. It can help you create a clear distinction between what happened and what’s now on the horizon in front of you, in other words, what’s going to be a part of your future. We’ve all been through so much in the past year or so, it’s understandable that so many people are looking for a boost. Refreshing your look, changing up your daily routine or even making that major life changing decision you’ve always put off before, might be a great way to inject some optimism into your life because having something to look forward to can really change your perspective and put hope back on the horizon.”

With one quarter of the population looking forward to spending time on their personal growth, almost half of Brits are considering making changes to their diet (46%) and lifestyle (43%), whilst one third are looking to improve their appearances (32%). And, with more and more planning positive change, it’s no surprise that 23% of people are looking to make positive changes to their careers, 22% to their relationships, and 21% to their wardrobes.

Furthermore, with demand for treatments that provide more personal confidence increasing dramatically over the last few months as Brits eye a return to more in-person interactions as restrictions ease, the physical changes Brits are most likely to consider are:

Eva-Maria Meijnen, Co-CEO at PlusDent, added: “It’s clear to see that people are looking to make positive changes following a difficult year and it’s important that people do whatever works best for them to improve their self-confidence. As people dedicate more time to both physical and psychological improvements, it’s no surprise that we have seen our number of UK patients almost double over the last eight months.” Eva continued, “In fact, another recent polling of ours found that four in five people in the UK would consider dental treatment as nearly half are somewhat dissatisfied with their teeth. We’re happy to support those embarking on the journey to improved self-confidence – it all starts with a smile.”

With 43% of people saying they notice someone’s teeth or smile first on a date and one in five saying they liked wearing a mask as it hid their imperfect smile (18%), it’s understandable that improving smiles is high priority for people in the UK.

About PlusDent
The health-tech start-up PlusDent is present in 10 European countries and is a market leader in the field of invisible dental aligners. The company recently announced a €35 million funding round from international investors, used to fund further expansion – such as into the UK, where its number of clinics has increased by 18 to 30. Together with over 300 partner dentists across Europe, the company has digitalised the entire treatment process for mild to moderate malocclusions. PlusDent relies on in-house development and production of the aligners in its Berlin dental laboratory and on medical checks by registered dentists. More than 50,000 patients have already had a successful PlusDent treatment.

Study
*The research was carried out by the independent research company Appinio, which conducted an online survey among 2,000 respondents across the UK. The sample of adults was randomly selected and weighted to be representative of the UK population for age, gender and region.