LSO gears up for most important year in its history, and re-appoints Velo for digital strategy

London - As the London Symphony Orchestra announces its new 2016/17 season of events and gears up for one of the most important years in its history - with Sir Simon Rattle taking over as Music Director in September 2017 - it has re-appointed Velo to look after its paid digital media.

The agency has been selected again as the LSO’s digital full service paid media agency for the fifth consecutive year. Velo look after a range of digital channels used by the brand including paid online search, display advertising, remarketing, and social media advertising (primarily via Facebook) and supporting campaign microsites. 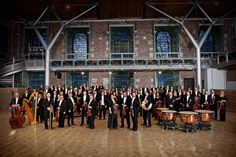 Velo blends together all this digital activity to engage new and existing audiences, with its focus firmly on driving ticket sales for the entire events calendar. Alongside this, dedicated campaigns promote LSO St Luke’s as a stunning venue for corporate and Wedding events. In addition, Velo manages the LSO’s Google Ad Grant account activity as part of Google’s CSR program using it to reach out to schools and arts enthusiasts.

“We have built close partnerships with our agency suppliers, in Velo’s case for half a decade. We’re looking forward to working together over this exciting period to grow and develop the LSO brand.”

“We’re particularly proud to work with the UK’s most recognised orchestra. We are delighted to not only have been part of the LSO’s growth to date, but we are looking forward to putting exciting new plans into reality shortly.”

About the London Symphony Orchestra, www.lso.co.uk
The LSO was established in 1904 and has a unique ethos. As a musical collective, it is built on artistic ownership and partnership. With an inimitable signature sound, the LSO’s mission is to bring the greatest music to the greatest number of people. Through LSO Discovery, it is a pioneer of music education, offering musical experiences to 60,000 people every year. With the formation of its own recording label LSO Live in 1999 the LSO pioneered a revolution in recording live orchestral music. The LSO strives to embrace new digital technologies – having successfully moved into digital film, Blu-Ray Audio, downloads and streaming – and it continues to innovate with platforms such as LSO Play, a web-based video player that allows people to observe the Orchestra from different angles. The LSO is also a highly successful creative enterprise, with 75% of all funding self-generated.

About Velo, www.velomarketing.co.uk
Velo are a London based digital content and communications agency. We tell stories clearly online, and do our best work for B2B and B2C marketers with complicated worlds.

Founded in 2011, we only work for UK based companies operating in specific verticals, but always blend enthusiasm and intelligence with creativity and technical brilliance to produce great work that works. Whether it be content or communications, it is always produced in-house in our SE1 headquarters. Clients include Babcock, Brunel University, Cisco, easyJet, LSO and Universal Music.