Newcastle, September 12th, 2016: ImpulsePay has once again been listed as the leading mobile payments provider in the The Sunday Times Hiscox Tech Track 100. The company, that provides specialist mobile payment solutions for a range of industries, including publishers and the charity sector, was listed as the 12th fastest growing technology business in the UK. 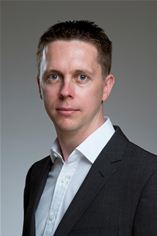 With over seven years experience, ImpulsePay is considered to be one of the pioneers of the Charge to Mobile sector and has recently developed specific, targeted solutions that allow previously underserved sectors to access the power of mobile payments. The company allows easy payments by users of up to £30 per day that are billed to their mobile phone bill.

“Our continued growth is thanks to our ability to lead the Charge to Mobile market and to take mobile payments out to new sectors,” said Chris Newell, CEO of ImpulsePay. “We see a lot of further growth for Charge to Mobile, and ImpulsePay specifically. We think that there are a range of industries, such as publishing or charity donations, which haven’t yet fully adopted mobile payments, but will really take off soon.”

The Sunday Times Hiscox Tech Track 100 is based on growth, rather than total turnover. The list is compiled by analysing all tech companies in the UK, using the London Stock Exchange’s definition of technology as one that “shows a commitment to innovation, research and product development and operates in sectors including software, internet, telecoms and biotech.” Companies need to have sales that exceed £5m to be considered for the list.

ImpulsePay’s growth over the recent qualifying period can be attributed to the drive and determination of the staff and management team, who consistently innovate and improve the service, growing both the business and the mobile payments sector.

The company has recently relocated to Newcastle and into much larger offices. The increased space will allow ImpulsePay to grow further as it continues to lead the Charge to Mobile market in the UK and expands out internationally.

ImpulsePay was listed in the The Sunday Times Hiscox Tech Track 100 as follows:

12 – ImpulsePay
Mobile payment technology
Growth – 148.09%
By using ImpulsePay you can buy things online on your mobile phone with just a few clicks – for example, wi-fi access on Virgin Trains. According to the tech firm, this method of payment is more than seven times quicker than using a credit card. Founder and chief executive, Chris Newell, 36, started ImpulsePay in 2009 and saw sales, which include the value of purchases made, reach an annualised £12.5m in 2015.

The Sunday Times Hiscox Tech Track 100 is compiled by FastTrack
The sponsors are Hiscox, Barclays, BDO and Business Growth Fund

About ImpulsePay
ImpulsePay is the leading provider of Charge to Mobile in the UK. Charge to Mobile allows consumers to pay for a wide variety of digital goods and services with their mobile phone and is fully backed by all the UK mobile operators. Mobile is the second most ubiquitous payment method after cash, meaning ease of use for consumers and access to an increased audience for merchants.