Location app 'Wave' seeks £500,000 investment from Crowdcube to launch in the UK

- Private location app, Wave, has launched a campaign on Crowdcube for one month, hoping to raise an investment figure of between 500,000 and 1,000,000 pounds.
- The app, which has been a huge success worldwide having raised over 1.8 million euros in two funding rounds, is looking to accelerate this success across Europe.

London, 18 August 2016. – Wave, an application of Spanish origin, is looking to launch into the UK with investment from Crowdcube, Europe’s leading investment platform. The free app enables simple, efficient and effective location sharing between contacts, with added privacy functions that ensure maps can only be shared on mutual agreement and for a set period of time. 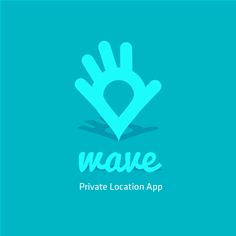 The campaign – which was launched on Crowdcube on August 16th and hit over 65 % of its minimum target with a whopping £345,000 on its very first day, aims to raise an investment figure of between 500,000 and 1,000,000 pounds in one month. With the investment funding, Wave aims to consolidate its technical team, launch its beta SAAS platform, initiate the development of version 3.0 and accelerate global growth to lead the geolocation market.

“There is a huge opportunity in this market where competing apps have been unable to provide the privacy and user experience needed to fully engage their users" said Manuel De La Esperanza, CEO of Wave. "This is a new market and we want to conquer it."

Wave’s huge success in Asia, Latam and other regions followed two rounds of funding, the first in 2014 which came from private investors, business angels, family offices and ENISA, and the second in 2015 which was used to attract new users in major markets including Asia, Latam and Europe.

Having raised over 1.8 million euros, the app now boasts 4M users and over 1.2M monthly active users across 100 countries, mainly in the Latam, APAC and Europe regions. “Wave wants to give its loyal users the opportunity to be part of this business success story” said Luis Gelado, Chief Operating Officer at Wave. “This is an important step towards our goal of reaching 100 million users worldwide by 2018."

Wave is transforming the way that people interact, communicate and travel. The Spanish initiative came in response to a clear need: to develop a solution-based technology that allows people to connect with their locations in the easiest way possible. The app works across many situations of daily life with friends, family or professional contacts. Wave revolutionises the way people live and is based on four main pillars:

About Wave Application
Wave is a free cross-platform application, currently available on worldwide iOS and Android devices. The application allows simple, efficient and effective location services, allowing users to find contacts in a live, private map for a limited time frame. The company was founded by entrepreneurs Manuel De La Esperanza, CEO, and Luis Gelado, COO, in early 2014, and were later joined by CTO, Pablo Clemente. Wave currently has active daily users in over 100 countries, and is particularly popular in Spain, Colombia, Mexico, India, Chile, Argentina, Peru and USA. It currently has over 4,500,000 downloads, 4M registered users and is growing at a rate of around 200,000 new users each week. You can see more on Twitter and Facebook.

About Crowdcube
Crowdcube is the UK’s largest equity crowdfunding platform which has enabled over 425 companies to be financed by over £171 million in investments and has almost 300,000 registered members. Crowdcube makes it easy and rewarding for everyday investors to back great businesses and help them succeed.