Johannesburg, South Africa, 12th April – MFS Africa, a leading Pan-African fintech company, today announces that Michael Joseph has joined its Board of Directors as an independent Non-Executive Director. Michael served as CEO of Safaricom in Kenya from 2000 to 2010, and is widely credited with spearheading M-Pesa, the world’s most successful mobile money service.

As Non-Executive Director, Michael will help MFS Africa CEO Dare Okoudjou and the Board of Directors to strengthen relationships with mobile network operators, money transfer organisations, banks and other financial institutions across Africa. He will engage with regulators, development organisations, and other relevant stakeholders to advocate an open and inclusive cross-border digital payments infrastructure. Michael’s role will also extend to corporate governance and the strategic direction of the company. 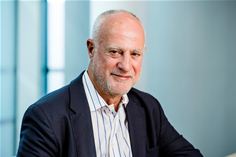 “There are over a billion mobile phone users in Africa and only one in ten are using mobile financial services. Despite the success of in-country schemes, consumers are increasingly demanding further ways to transact across networks and across borders. If we’re to create the “network effect” needed to drive financial inclusion and build a strong digital economy across the continent, new solutions need to be found,” said Michael Joseph, Head of Mobile Money at Vodafone and Non-Executive Director at MFS Africa.

“By connecting to 120 million mobile wallets – 75 per cent of all mobile wallets in Africa – and enabling cross border and cross network financial services, MFS Africa is helping to solve the industry’s biggest challenge. It’s an issue that’s close to my heart and I leapt at the opportunity to be part of the solution.”

“Michael’s the father of mobile money. His experience in making M-Pesa a near-ubiquitous service in Kenya and in many other Vodafone markets has helped create a rich ecosystem, rapidly and at scale, which will be invaluable to MFS Africa’s growth,” said Dare Okoudjou, CEO of MFS Africa. “Taking the lessons learned from M-Pesa and applying them across the entire region will help us achieve our mission: scaling mobile financial services so they serve the millions of un- and under- banked people across Africa.”

Since 2011, Michael has been the Director of Mobile Money at Vodafone Group and also serves on the Boards of Vodacom Group South Africa, Vodacom Tanzania, Vodacom Mozambique and Safaricom Limited in Kenya. In 2011 he was appointed as the first fellow of the World Bank to drive expansion and uptake of mobile money services across member states. Last year, Michael Joseph was appointed Chairman of Kenya Airways.

About MFS Africa
MFS Africa is a leading Pan-African fintech company, operating the largest digital payments hub on the continent. The MFS Hub is connected to over 120 million mobile wallets in Sub-Saharan Africa offering unparalleled reach for financial services providers. The company allows merchants, banks, mobile operators and money transfer companies to take advantage of the unique ubiquity of mobile wallets as safe, convenient, and cost effective transaction channel. The company works in close partnership with players across the ecosystem to bring simple and secure mobile financial services to un- and under-banked customers.

Led by mobile money pioneer Dare Okoudjou, who spearheaded the roll-out of MTN Mobile Money across 21 markets in Africa, MFS Africa has the experience, expertise and vision to scale mobile financial services to underserved markets across Africa.

MFS Africa was recently listed in the top ten most innovative companies in Africa by Fast Company.

Find out more at http://mfsafrica.com/