Ayr, SCOTLAND, February 13th, 2018 – MaidSafe, the developer of the world’s first and only autonomous data network, today announced it has chosen Chennai, India as the location for an office dedicated to the development of the SAFE (Secure Access For Everyone) Network. The team will mainly focus on research and development (R&D) of the Network’s front-end, but will also be identifying new business opportunities resulting from India’s drive for digital transformation. MaidSafe joins a growing number of technology companies that sees the potential of Chennai as an attractive hub for software engineering and a launchpad for expansion in the local market. 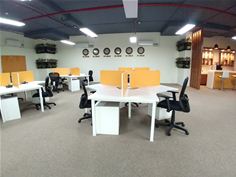 With the increasing number of cybersecurity attacks worldwide, and use of today’s internet by nation states to conduct mass surveillance, MaidSafe believes the current version is broken. The SAFE Network is designed to address these issues, as the company continues the roll out of a fully autonomous data network, that will hand control of data back to users, increasing their security and privacy. MaidSafe has been working with developers in the region and the new office brings those individuals together into a collaborative working environment.

“We are delighted to be opening our first office in India and have picked Chennai, because we see great potential in terms of the depth the software engineering talent,” said David Irvine, CEO and founder, MaidSafe. “We are trying to solve some of the most complex challenges in networking software, fundamentally trying to rebuild the internet, so we are looking for new recruits, who will be excited by such a big challenge.”

MaidSafe is also establishing its presence in the country, because it recognises the huge potential for the SAFE Network. At a time when the Government is pushing its Digital India initiative and the BharatNet project aims to connect all villages in India by 2020 there will be huge demand for secure internet access from the general public, as well as the private and public sectors. There are already 1.19 billion citizens with Aadhaar identities, so in the future there could be opportunities for the SAFE Network to enable users to completely anonymise their data and control who has access to their personal information.

“The potential for the India market is huge,” added Nick Lambert, COO, MaidSafe. “It is already one of the fastest growing economies in the world and the commitment from the Indian Government to digitising services and ensuring all citizens have internet access is phenomenal. As more people are connected the growth potential for this economy is massive, but if India is to maintain its credibility as a secure country to do business with it will need to demonstrate it can protect important personal, Government and company information. Entering the country at this time as it shapes its future internet foundations gives us the opportunity to show how the SAFE Network can really contribute to India becoming a world leading digital economy.”

MaidSafe released Alpha 2 of the SAFE Network in September 2017, which included a new mechanism for access control that is network enforced and integrated mobile platform support. Called the Authenticator Release it was bundled with the SAFE Browser and provided smart data types that allow granular access control, increased usability and support across Windows, OSX, Linux, iOS and Android. It also included updated demonstration applications - SAFE Mail and the Web Hosting Manager.

About MaidSafe
MaidSafe is a company founded by David Irvine in 2006, which has a mission to provide security and privacy for everyone by building a better internet platform. This new platform is the SAFE Network, which is the world’s first autonomous and decentralised data network. The network is made up of the unused hard drive space, processing power and bandwidth of its users. The SAFE Network will include storage, peer-to-peer communications, transactions, internet functionality and a wide variety of apps to name a few of its features. For more information please go to: www.maidsafe.net