The market for top level freelance consultants will grow dramatically over the next five years to over a million independent professionals.

With an estimated 650,000 more joining the mass exodus away from traditional employment, the impact on business will be profound, warns the on-demand labour specialist MBA & Co. 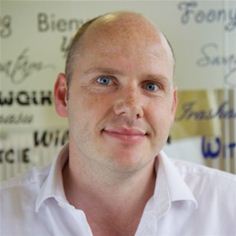 “This is a brain-drain of epic proportions and a huge warning sign that the traditional 9-5 employment has passed its sell-by date, “says the firm’s CEO Daniel Callaghan.

"The migration of workers at all levels had been accelerated by the growth of cloud-based marketplaces which make it easier for freelancers to find project-based assignments", he added.

Whilst attention was focussed at the lower end of the market with companies like Uber and Taskrabbit creating self-employment opportunities for blue collar workers, the real disruption was at the top end of the market which was at least three times the size.

Government figures show today’s UK market at around 340,000 self-employed senior consultants (source: Department for Business Innovation & Skills) generating some £21bn in fees. But these figures are set to grow at 25% per annum resulting in a contribution to the economy of over £60bn by 2020.

“We know from experience here and in the USA that the market is growing at a spectacular rate and we can expect to see around a million independent consultants by 2020,” said Callaghan.

The lure of self-employment is powerful, whether it’s driving taxis or offering strategic advice for £2,000 a day. More than 50m Americans, 9m Europeans and 1.4 million Britons are now working for themselves, according to statistics from The Freelancers Union, The Association of Independent Professionals and the Self Employed (IPSE) and the Office of National Statistics.

MBA & Co, which supplies ‘super consultants’ to business on short-term contracts, has more than 20,000 registered across its network with around 5,000 applying to join every year. The service focuses at the top end of the independent market working with only screened and vetted independent consultants who predominantly have post graduate business degrees from leading Universities, have worked in business or management consultancy and are typically over 35 years old earning between £750 and £4,000 a day.

Callaghan warns that big business will have to adjust to the on-demand economy, hiring in talent when it is needed, or fight to keep their staff offering higher salaries and far fewer hours. “We are already seeing forward thinking businesses update their hiring and talent management strategies for what will be an inevitable talent shortage of full time Senior Directors and Managers in the next five years.”

MBA & Co analysis indicates that the failure to replace these departing staff at this high level, could cost British Businesses between £94 to £126bn in lost growth [1].

In industries where growth and high returns are most fiercely sought, evidence of the demand for this high level brainpower is already exemplified. “We supply six of the world’s top ten PE firms and two thirds of the big consultancies who are hungry for top end talent and understand the need to make progress with projects fast,” said Callaghan.

Notes to editors
Please contact Andrew Chatterton at Five Zero Communications on 07855 524 981 for interviews with Daniel Callaghan, his photograph and contact details of “super consultants” happy to talk to the media about their experience.

About MBA & Co
MBA & Co provides on-demand access to the world’s best independent consulting talent. Founded in 2009, the company now has the world’s largest talent network of independent consultants, with over 20,000 vetted consultants in more than 130 countries, and has built a technology platform to make it easy to discover, match and deploy these consultants. Its founder and CEO Daniel Callaghan has taken the company through four funding rounds and is backed by MMC Ventures and Piton Capital. The company is headquartered in London with presence in New York and Singapore.