Notice regarding Launch Schedule for our Third SAR Satellite “StriX-1”

Scheduled Date of Launch
StriX-1 has a launch window starting from mid-September (UTC). Exact lift-off target date and time will be confirmed soon.

Please note that the launch may be postponed or canceled due to unforeseen weather conditions or complications. 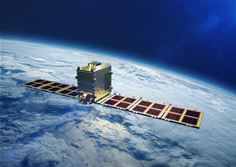 StriX-1 will be launched in Mid-September

About StriX-1
StriX-1 is the company’s third SAR satellite following StriX-α and StriX-β, which were launched in December 2021 and March 2022 respectively with Rocket Lab.

Unlike the previous two satellites, which are classified as demonstration satellites, StriX-1 is our first commercial satellite for full-scale business expansion. This is in anticipation of the production and operation of multiple satellites in the future, with improved batteries and faster downlink speeds to capture more data and meet the needs of a wide range of customers from government to the private sector.

Following StriX-1, we will put three more satellites into orbit by the end of 2023. This will bring us closer to a planned constellation of 30 satellites for 2026 to enable wide-area, high-frequency Earth observation.

Comments from CEO
Dr. Motoyuki Arai, Synspective Founder and CEO:
“We are very pleased to be collaborating again with Rocket Lab, a leading company in the space industry, which has successfully put our two demonstration satellites, StriX-α and β, into orbit. At the same time, I would like to thank both companies’ teams for their hard work, which enabled us to launch without major delays despite various uncertainties. Synspective has been developing techniques and accumulating know-how regarding multiple operations with two satellites already in orbit. With the addition of the first commercial satellite, StriX-1, we will not only gain experience in the manufacturing process, but also increase the amount of data we collect which will accelerate business expansion. We will finally start full-scale construction of the SAR satellite constellation and strive to realize a ‘learning world’ that creates a sustainable future through collective intelligence based on data.”

“StriX-1” Launch Mission Page
You can find the latest information about our launch mission here.
URL: https://synspective.com/strix-1/ *To be released shortly

About Synspective
Synspective provides one-stop solutions using satellite observation data to steadily move the world forward. Applying the results of the ImPACT program (led by the Government of Japan, Cabinet Office), Synspective is building a constellation of 30 high-frequency, high-resolution SAR satellites to provide data and solutions to government and commercial outfits.