29th July, 2013 - A new report from Portio Research suggests that other forecasts about the revenue generated by mobile messaging are wrong. Portio’s market-leading report, ‘Mobile Messaging Futures 2013-2017’ now in its 7th edition paints a nuanced picture of the world where SMS still continues to deliver staggering revenues despite the growing popularity of OTT messaging applications.  Far from predicting large revenue loss the new edition of this often quoted report delves deeper than ever before offering insights into the evolution of messaging and the business models that continue to successfully sustain MNOs. Its findings might surprise a few.

“During 2012 and 2013 we have seen many reports that operators are losing $20bn - $30bn in SMS revenue to OTT messaging apps,” said Karl Whitfield, a Director at Portio Research. “We see reports that OTT traffic will be double that of SMS by the end of 2013. This is wrong on both counts. It may be true that SMS revenues are levelling off and that OTT is on the rise, but SMS is still generating revenues of $15.3m per hour, 24/7, that’s a massive $133.8bn in 2013. Worldwide SMS revenue has gone up year on year since the early 1990s and will continue to be above 2010 levels until 2017. SMS was levelling off before OTT apps came along, and now MNOs are gaining revenue from increased data usage instead. The MNO community has not really ‘lost’ very much at all, but there is much to play for going forward,” continued Whitfield. 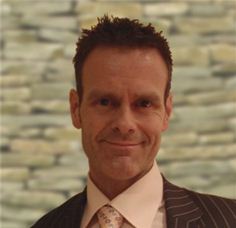 The value of this report lies in its comprehensive coverage of situations across the world, for example in many of the most advanced markets, SMS and OTT apps are coexisting very nicely, serving end-users in different ways. There is a huge uptake of OTT messaging in Japan, particularly with local player LINE (according to Portio Research, the OTT player with the best business model in the world), yet the SMS market remains healthy and stable, a bigger market than ever before. The same goes for South Korea, where KakaoTalk is enjoying huge success; here again the SMS market remains stable and is not declining as many predicted.

Where SMS has seen a decline, in markets such as Spain and Greece, there has been an overall fall in subscribers and revenues too, the result of recent economic turmoil. Whilst the uptake of OTT apps like WhatsApp in these markets has been spectacular, that goes for the rest of the app market as well.

“Bold statements that grab the headlines are all very well but seasoned observers will know that mobile telecoms markets differ; what is apparent in one market is not necessarily replicated elsewhere, in fact it varies hugely. Our research into mobile messaging completely contradicts what some other industry observers are saying. This report doesn’t deal in gossip, it delivers hard data and forecasts, the facts and insights to help MNOs to understand exactly what is happening in mobile messaging markets around the world,” said Karl Whitfield.