Former Spotify and ForgeRock execs join Onfido following its recent $50m funding round, as it continues to accelerate into new global markets 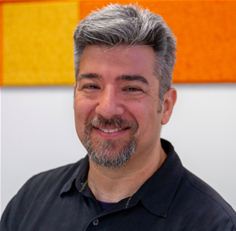 Onfido’s vision is to create a more open world where identity is the key to access; with just a photo of an identity document and a selfie video, anyone can access a host of online services in a matter of seconds.

Kevin Goldsmith, Chief Technology Officer, has been a senior technology executive for over 27 years. He joins Onfido from AstrumU, where he served as Vice-President of Engineering, and was formerly the Chief Technology Officer at legal marketplace Avvo. He has also held positions as Vice President of Engineering, Consumer at Spotify and as Director of Engineering at Adobe. With experience spanning computer vision, product development, data and dev ops, Kevin’s role at Onfido will be to support and grow the technology, security and research teams as the company continues its expansion.

Kevin commented: “I was attracted to Onfido because of its mission, culture, and commitment to innovation—qualities not only reflected in the founders, but in the leadership team and every employee that I met. Identity on the internet is critically important for the future, and Onfido is unique in its approach to the challenge. It’s an approach that’s already driving huge value for both consumers and businesses.”

Thomas said: “The way we use our identities online is changing, and finding a new model is one of the biggest challenges facing businesses today. I believe Onfido is building the new identity standard for the internet, and am excited to help support their exceptional technology and team through their next stage of growth.”

Eamon Jubbawy, COO and co-founder of Onfido, said: “Our team demanded no compromise on the quality of leaders we brought into these two important roles. After two very long searches, we were fortunate enough to meet Kevin and Thomas, two of the world’s most revered technology executives. We’re excited to see what they build at Onfido over the next 5-10 years.”

About Onfido
Onfido is building the new identity standard for the internet.

Our AI-based technology assesses whether a user’s government-issued ID is genuine or fraudulent, and then compares it against their facial biometrics. That’s how we give companies like Revolut, Zipcar and Bitstamp the assurance they need to onboard customers remotely and securely. Our mission is to create a more open world, where identity is the key to access.