The social enterprise Charity Checkout has announced that it has successfully raised over $1m to accelerate its growth. The charity tech firm is planning to increase its headcount to over 40 and will be investing heavily in its platform with the aim of becoming the world leader in charity and corporate employee-led fundraising. This round of investment was led by the founders of Octopus Group, Chris Hulatt and Simon Rogerson, who last week were announced EY Entrepreneur of the Year UK 2017. The investment round also included four existing investors.

Charity Checkout was founded in 2011 to support local charities, clubs and societies by optimising their online donation process. The company operates in the UK but also has clients in Ireland, Australia, Canada and USA. In order to have an even greater impact on relevant causes, Charity Checkout has opened a new headquarters office in London and extended its services to national charities and established corporations for employee-led fundraising. It was also recently announced that popular match giving website The Big Give will be partnering with Charity Checkout as of April 2018. 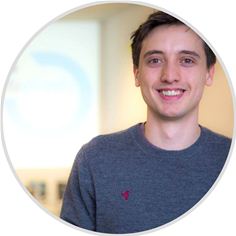 Chester Mojay-Sinclare, founder and CEO of Charity Checkout, commented enthusiastically on the round of investment and the opportunities that lie ahead: “Since 2011, we have helped raise millions online, making the lives of thousands of small charities a lot easier. Along the way we have learnt a lot, in particular it became apparent to us that even the biggest, most successful organisations struggle with optimising their online fundraising. Hence this investment to expand further and bring some serious innovation and creativity to the industry.

“CSR Directors and Heads of Fundraising - whether they operate in the charity sector or other industries - face similar challenges. They have become more and more central to the growth of their businesses and socially influential, but the tools at their disposal aren’t keeping up with the size of the task. Things like lack of brand identity on fundraising pages, a poor and fractured fundraising experience, lack of centralisation and heavy admin processes are common themes. And this is where our new Corporate Fundraising platform comes in - the UK's first white-label fundraising site for enterprises, which we hope will revolutionise the way the UK's largest companies organise their employee-led fundraising.”

About Charity Checkout:
Charity Checkout is an award-winning online fundraising platform founded by Chester Mojay-Sinclare in 2011. Originally set up to help small charities raise funds via digital channels, the social enterprise quickly grew and now serves over 1,500 charity clients worldwide. In addition to their work with charities, the company now helps global enterprises with their employee-led fundraising.