LONDON, UK - 3 September, 2015: Outfit7 Group has today announced the appointment of mobile expert Mika Kuusisto as Chief Revenue Officer for Outfit7 and Bee7. Kuusisto will be based out of the companies' Cyprus headquarters and will report to co-founder and CEO of Outfit7 and Bee7, Samo Login.

In the newly formed role, Kuusisto is charged with spearheading growth for Outfit7, the global family entertainment company behind the successful Talking Tom and Friends franchise. Kuusisto will also serve the same role for Bee7, the mobile games engagement, retention and re-engagement solution developed by Outfit7, which is now available to all developers. 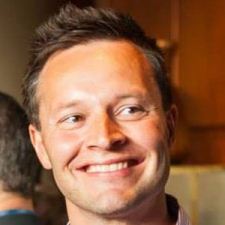 The appointment comes as both Outfit7 and Bee7 enter new phases of development. Outfit7 has proved itself on the family video content stage, following the April release of its animated series, while Bee7 is on the verge of releasing new tools to help developers and publishers engage, retain and re-engage loyal players.

A highly respected figure in the mobile industry, Kuusisto joins from leading mobile game development platform, Unity. Prior to that, he spent 15 years working with mobile developers in the entertainment and app sectors, earning a reputation for achieving outstanding results and driving growth for exciting startups and established organisations, including Nokia.

Samo Login, Founder and CEO of Outfit7 and Bee7 said: "Mika joins at a very important juncture for Outfit7 and Bee7 as we embark on an exciting new phase of growth. His knowledge and understanding of the challenges that developers and publishers face to stay relevant in a rapidly evolving mobile market will be crucial to both businesses moving forward."

Mika Kuusisto, newly appointed Chief Revenue Officer of Outfit7 and Bee7 said: Outfit7 is one the mobile industry's great success stories. It's a great time to join, as both Outfit7 and Bee7 embark on exciting new projects. With more than 2.8 billion downloads and 250 million monthly active users, Outfit7 has certainly built an extremely powerful network of global users. This network bolstered by the tools Bee7 offers is an invaluable proposition for developers and publishers - a solution that has already been proven to have helped one of the most successful mobile franchises. I look forward to helping Outfit7 continue its growth and, through Bee7, unlock the challenges developers and publishers face as they seek to engage and retain users in an increasingly competitive market."

About Outfit7:
Outfit7 Limited is one of the fastest-growing multinational family entertainment companies on the planet, best known for its global phenomenon Talking Tom. Founded in 2009 by entrepreneurs on a mission to bring fun and entertainment to all, Outfit7 has grown from an instant app success into a fully-fledged media franchise. Their highly successful portfolio includes free mobile apps and games, a CGI animated series and web shorts, a global licensing and merchandising program, and a chart-topping sensation on YouTube. The Talking Tom and Friends apps have over 2.8B downloads since launch, and over 250M active monthly users.

Outfit7's family-friendly apps are certified by PRIVO, an FTC approved COPPA safe harbor program. For more information, visit outfit7.com, or learn more about the brand's animated series at Talkingtomandfriends.com or on the Talking Tom and Friends YouTube channel.

About Bee7:
Bee7 makes it easier for developers to engage and retain loyal users. Its native gameplay reward system supports video and drives cross promotion, retention and ongoing engagement. All of which open up new opportunities for gamemakers to sustain monetization. With Bee7, users choose to discover new games within the titles they love playing, when it suits them. They are then rewarded with in-game loyalty bonuses in the publisher titles, each time they play a new app on the game wall or view a video - designed to boost retention in both the advertiser and publisher game.