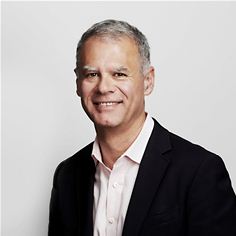 As the key enabler of this initiative, Plume has open sourced its previously proprietary Plume Middle Layer (PML) software which has already been deployed in millions of homes globally to create the OpenSync™ framework. OpenSync™ operates across residential gateways, modems, routers, access points, extenders, set-top-boxes, IoT hubs, smart speakers and other Wi-Fi enabled CPEs to form a common cloud-to-hardware abstraction layer with open interfaces to cloud controllers. The OpenSync™ framework allows for curation, rapid and scalable delivery, comprehensive back office management, and enhanced support of cloud-based services to the consumer. Diagram available in downloads.

OpenSync™ is available under a BSD-3 open source license and brings an open and extensible framework to build cloud managed services. This framework is compatible with and leverages other open source initiatives and industry alliances such as RDK, OpenWRT and prpl. OpenSync™ components have been pre-integrated into reference designs and SDKs from the industry’s leading silicon providers. OpenSync™ is compatible with and complimentary to the Wi-Fi Alliance’s Wi-Fi EasyMesh™ standard.

The benefits of OpenSync™’s all-inclusive, multi-vendor approach will be demonstrated at Broadband World Forum 2018, booth #MR15, Hall 21b where visitors will see interoperability of advanced gateways deployed by Comcast incorporating RDK, advanced gateways deployed by Bell Canada and Liberty Global, gateways and extenders manufactured by Sagemcom, Plume designed Pods and SuperPods manufactured by CIG, Sagemcom and Sercomm, and the Samsung SmartThings Wifi AI based mesh system with IoT hub. The hardware featured in the demo use Wi-Fi silicon from three different leading SoC platforms. Master coordination of the network is performed by the Plume Cloud, and features such as Adaptive WiFi™ performance optimization, HomePass® guest and access controls, advanced parental controls with profiles, device and network security features are visible through the Plume App and Samsung SmartThings App. Samsung’s open SmartThings IoT ecosystem, compatible with hundreds of third-party devices from popular brands complements this unprecedented demonstration of a multi-industry, multi-vendor, multi-service, multi-silicon, and open-interface cloud managed home network facilitated by the OpenSync™ open source framework.

The initial release of OpenSync™ focuses on whole-home Wi-Fi networking, management and control, the collection of statistics using industry standard protocols such as MQTT, IoT device security, guest access management, and advanced parental controls. Through the accommodation of additional open source components including Open Virtual Switch (OvS™) and OvSDB, and via its managers, OpenSync™ forms the foundation of a truly open ecosystem that extends the scope of this open source effort far beyond basic Wi-Fi mesh interoperability.

“Consumers today demand choice when bringing products and services into their home that work best for their lifestyle, without being locked into any one ecosystem,” said Chanwoo Park, Vice President and Head of IoT Product & Service at Samsung Electronics. “Interoperability is central to our connected living strategy and extends to our smart home devices. SmartThings Wifi, our tightly integrated mesh Wi-Fi router and smart home hub, leverages the full OpenSync™ framework so people can implement the Wi-Fi solutions that work best with their home. The plug-n-play compatibility of our solution with other partners adopting OpenSync™ delivers the best experience for consumers.”

“Over the last few decades, the needs of the consumers shifted from Internet connectivity in order to be productive, to performance for uninterrupted entertainment and around the clock social engagement,” said Fahri Diner, co-founder and CEO of Plume. “Driven by the influx of smart devices flowing into our homes, the next decade is all about personalization and cross-platform experiences,” Diner continued. “As the scales move from millions of homes, to billions of people, to trillions of devices, we believe that carefully managed unlicensed spectrum and truly open frameworks become fundamental pre-requisites. This was the primary motivation behind our decision to open source our widely deployed innovations.”

“For Liberty Global, a critical element of exploiting our broadband capabilities and delivering a superior connectivity experience to our customers is to ensure that we can continuously optimise Wi-Fi performance within a customer’s home. It is also clear to us that in creating those capabilities we need to intelligently optimise performance across homes in close proximity to each another, which is common in our footprint,” said Dan Hennessy, European CTO of Liberty Global. “This is why we’ve already used elements of the OpenSync™ framework to optimise Wi-Fi in millions of homes and look forward to investigating ways in which the initiative might be applied to other use cases that may benefit our
customers.”

“Our partnership with Plume has enabled Bell to further our global leadership in the cloud-based managed Wi-Fi solution. As the scope of our residential offerings expand beyond triple- or quad-play voice, video, data and mobile, we are excited to continue to work with Plume to demonstrate OpenSync™ at BBWF here in Berlin,” said Shawn Omstead, Vice President, Residential Product Development and Management at Bell Canada. “We’ve been using various elements of the OpenSync™ framework to power our highly popular Whole Home Wi-Fi service launched earlier this year, and we’re proud to be the first ISP to demonstrate an open source approach to supporting, managing and scaling future services.”

“We’ve realized tremendous value from the RDK software stack in our advanced gateways,” said Fraser Stirling, Senior Vice President Digital Home, Devices & AI at Comcast. “Plume’s PML is already integrated with RDK and deployed within our footprint, and we look forward to incorporating additional elements of OpenSync™ in the near future. The ability to deploy OpenSync™ atop the open-source RDK software further demonstrates the power and versatility of our approach. With more than 40 million RDK devices deployed globally, the RDK community is increasingly focused on new innovation for gateways and in-home mesh networking.”

“The ability to run cloud augmented services such as Wi-Fi mesh, parental controls, and security on broadband gateways is becoming an integral part of service provider offerings,” said Greg Fischer, Senior Vice President and General Manager, Broadband Carrier Access at Broadcom. “The standardization of the interface between the gateway and the cloud is an important step to accelerate and scale the deployment of these services into the home network.”

Plume’s CEO and co-founder Fahri Diner will officially launch the OpenSync™ initiative during a keynote address at the Broadband World Forum 2018 at 10:10 am on October 24. Samsung and Liberty Global perspectives will be shared during a panel session at 3:35 pm on October 24. Plume’s CTO Bill McFarland will discuss technical insights about OpenSync™ at 2:30 pm on October 25.

About Plume®
Plume is the pioneer of Adaptive WiFi™, the world’s first self-optimizing Wi-Fi delivering reliable and consistent Internet experience to every corner of the home, and the original designer and inventor of Wi-Fi Pods and SuperPods. Plume is driven by the Plume Cloud, a powerful cloud-based control plane, enabling the most advanced, resilient home Wi-Fi solution due to its ability to dynamically adapt and respond to changing network loads and interference. An open source common middle layer, OpenSync™ can be integrated into third party hardware for connection to the Plume Cloud. Plume’s cognitive service curation platform enables a rich set of modern consumer services for the home which can run-on third-party hardware platforms and be deployed at massive scale. Visit www.plume.com and www.platform.plume.com.

About Samsung Electronics Co., Ltd.
Samsung inspires the world and shapes the future with transformative ideas and technologies. The company is redefining the worlds of TVs, smartphones, wearable devices, tablets, digital appliances, network systems, and memory, system LSI, foundry and LED solutions. For the latest news, please visit the Samsung Newsroom at http://news.samsung.com/.

About Liberty Global
Liberty Global (NASDAQ: LBTYA, LBTYB and LBTYK) is the world’s largest international TV and broadband company, with operations in 10 European countries under the consumer brands Virgin Media, Unitymedia, Telenet and UPC. We invest in the infrastructure and digital platforms that empower our customers to make the most of the video, internet and communications revolution. Our substantial scale and commitment to innovation enable us to develop market-leading products delivered through next-generation networks that connect 21 million customers subscribing to 45 million TV, broadband internet and telephony services. We also serve 6 million mobile subscribers and offer WiFi service through 12 million access points across our footprint. In addition, Liberty Global owns 50% of VodafoneZiggo, a joint venture in the Netherlands with 4 million customers subscribing to 10 million fixed-line and 5 million mobile services, as well as significant investments in ITV, All3Media, ITI Neovision, Casa Systems, LionsGate, the Formula E racing series and several regional sports networks.