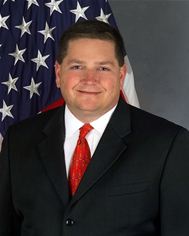 Mr. Van Rassen will cover military and commercial markets for Rajant domestically and internationally, bringing to the company more than 20 years of acquisition experience, both in uniform and as an Army Civilian. He founded the C-RAM program – a set of systems used to detect and/or destroy incoming artillery, rockets and mortar rounds in the air before they hit their ground targets – in the summer of 2004, and led that effort until his retirement from Federal Service in 2016. During that tenure, he led acquisition efforts in Command and Control, Missiles, Guns, Radars, and Communications. In addition to being a combat veteran of Operations Just Cause and Desert Storm, Mr. Van Rassen is the past recipient of the Army Product Manager of the Year and the Superior Civilian Service Award, as well as a 2017 inductee to the Air, Space and Missile Defense Distinguished Civilians Wall of Honor.

“Michael and Ed’s appointments will support Rajant’s planned growth in the commercial and military markets and further global expansion into the Middle East, Asia, and Europe, and I'm thrilled that such skilled and experienced professionals chose to join Rajant,” said Bob Schena, Chairman and CEO of Rajant. “Their capabilities will support Rajant’s continuous push into new sectors, such as our expansion into UAVs and automation, and solidify our current defense-related business, as well as connect us with new markets and new customers.”

Mr. Preston brings decades of systems engineering experience to his role as Program Manager for Rajant. He was most recently at Northrop Grumman Information Systems, serving the U.S. Army in the areas of Air and Missile Defense, Mission Command and Tactical Communications development, integration, fielding and sustainment, as well as chief engineer for the development and certification of a secure wireless communications product interfacing with the National Security Agency and several supporting subcontractors. Mr. Preston was deployed in support of Operation Enduring Freedom as an Embedded Tactical Trainer for the Afghan National Army, served for 20 years in the U.S. Navy and is a Senior Chief Petty Officer (Ret.).

For years, Rajant’s scalable and highly reliable kinetic wireless mesh network technology has been recognized as a leader in mission-critical communications.

About Rajant Corporation
Rajant Corporation is the exclusive provider of private Kinetic Mesh® networks powered by BreadCrumb® network nodes, and patented InstaMesh® networking software. With Rajant, customers can rapidly deploy a highly adaptable and scalable wireless network that leverages the power of real-time data to deliver on-demand, critical business intelligence. Rajant BreadCrumbs can seamlessly integrate with any Wi-Fi or Ethernet-connected device to deliver low-latency, high-throughput data, voice and video applications across the meshed, self-healing network. With the ability to take private network applications and data everywhere, Rajant networks are used across a broad array of industries, including military, mining, transportation, utilities, telecommunications, and all levels of governments. For more information, visit www.rajant.com