Reggie James Talks the Business of Influence to Entrepreneurs

Founder of Digital Clarity, Reggie James, will present a session on the Twitterverse hosted by ITC Entrepreneurs’ Forum mentors to address the real benefits of Twitter for UK start-up businesses

London, UK: 14 September 2011 – As part of the ITC Entrepreneurs’ Forum 2011 networking seminars, founder of leading digital agency Digital Clarity and avid blogger Reggie James will be running a session entitled ‘The Business of Influence: Twitter’ on Monday 19 September 2011 from 17h30-20h30 in central London. 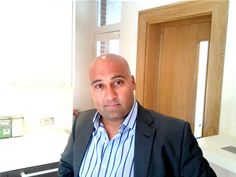 Everyone recognises that Twitter instantly connects people everywhere to what is most meaningful to them, creating a rapid communications platform that is relevant and influential.  It is also accepted that for this to happen freedom of expression is essential - so whether Twitter is used for good or bad intentions as recently reported by the press - in the words of Biz Stone, “tweets must flow”.

So, why then is this influential social media tool often overlooked by some in the business community? During the session, Reggie will address this point by explaining how entrepreneurs can better use Twitter to their advantage as a business tool, and start to engage meaningfully with audiences to get tangible results.

Tweeting for business success is core to Reggie’s presentation and he will explore some key elements required to help realise the benefits of Twitter including: how companies are successfully using Twitter; integrating Twitter into your business strategy - and winning new business; measurement and management tools of influence; Twitter etiquette; and who to follow.

Reggie’s talk will be followed by a Q&A panel session which will also include two highly influential mentors and investors from the ITC Entrepreneurs’ Forum, Geoff Morris and Barry Fludgate. Stuart Clark, CEO of operational risk company, Impendium Systems will also provide a short talk about the practical experience gained from being mentored by the Entrepreneurs’ Forum’s renowned John O’Connell. The event will end with networking drinks for attendees to share contacts and meet other likeminded entrepreneurs and the mentors.

The ITC Entrepreneurs’ Forum is a network of early stage entrepreneurs lead by ITC (Information Technologists’ Company), which is the 100th Livery Company of London, focused on IT and business. The Forum’s goal is to help entrepreneurs to accelerate their growth and realise their full business potential. In doing so, it offers a free mentoring service provided by 25 successful business people, including Geoff and Barry, who have a combined business start-up experience creating a market value of £800 million.

In running these seminars with key influencers such as Reggie, it is the intention of the ITC Entrepreneurs’ Forum to build its network of entrepreneurs and continue to provide support to UK start-ups.

The ‘The Business of Influence: Twitter’ seminar will be held on Monday 19 September 2011 from 17h30-20h30 at One Alfred Place, Tottenham Court Road, London, WC1E 7EB.  Bookings for tickets at £25 are accepted online via http://itcmentoring.eventbrite.com.

The Forum offers a Pro-Bono Mentoring Service provided by 25 successful business people who have a combined business start-up experience creating market value of £800M. The Forum has 70 early stage companies under mentorship with an aggregate turnover of £80m, employing around 750 people. The goal of the Entrepreneurs Forum is to help entrepreneurs whose businesses leverage IT accelerate their growth and realise their full business potential.

About Information Technologists’ Company
The Information Technologists’ Company, formerly WCIT, is the 100th livery company of the City of London, bringing together the centuries-old livery tradition and information technology, the key industry of the new millennium. Since 1992, when the Company was awarded livery status by the Court of Aldermen of the City of London, it has been actively demonstrating the relevance of the livery tradition to modern day society. The Company uses the time, expertise and resources of its members to promote the information technology profession and undertake a range of charitable and educational activities. The Company currently has more than 720 members, all of whom are senior practitioners in the IT profession.

For further information about the ITC, please visit www.wcit.org.uk

The Whiteoaks Consultancy is proud to provide Pro Bono PR and communications support to The Information Technologists' Company.