ZURICH, SWITZERLAND, July 18th 2019 – SANDSIV, already EMEA’s leading provider of CXM solutions, announces its adoption of the Kubernetes (K8s) container-orchestration system. The move radically expands SANDSIV’s market reach by allowing its state-of-the-art Voice of the Customer enterprise solution to run on any on-premise system, and in any cloud. 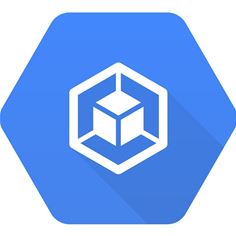 In early 2018, SANDSIV launched a strategic initiative to meet the increasing demand for heterogeneous deployment methods by developing a containerized deployment model. The goal was to make SANDSIV’s products available in private clouds, on-premise, and on any public cloud. Along with automating infrastructure deployment and updating, the move promised to increase scalability, efficiency, and overall reliability.

Following SANDSIV’s earlier adoption of Docker, the most widely supported cross-platform container engine, the announcement of Kubernetes as SANDSIV’s container orchestration system has given SANDSIV a proven platform by which to bring its enterprise VOC solution to any potential customer, on whatever system that customer chooses.

Kubernetes’s origins as Google’s in-house container-management system made it a strong candidate for SANDSIV’s purposes, as does its large and diverse community of developers and supporters. But its rock-solid interaction with Docker is what convinced SANDSIV’s programmers that they had found a container solution capable of furthering the company’s reputation for reliability and stability.

“The move to Docker + K8s helps us to radically change the way our solution is built and deployed,” notes SANDSIV CTO Denis Terebiy. “At the same time, it preserves the stability and reliability that marked our traditional deployment system, while allowing developers to work more efficiently and with more agility.

“The fact that each Docker container operates independently is a major point in its favour. Since each container can be cloned without fear of interdependencies, Kubernetes is able to deploy and manage entire systems more quickly and reliably. The synergy between the two systems is remarkable, and we expect customers to see the benefits immediately.”

Even before the announcement of SANDSIV’s new deployment and scaling framework, the company was on a roll: recently announced partnerships brought SANDSIV’s solutions into a total of 30 countries in EMEA, where the company’s sustained investments in natural language processing and deep machine learning promise to generate actionable insights across national and linguistic borders.

To learn more about how SANDSIV is extending its global reach by scaling its solutions to each customer’s specific needs, please contact us on info@sandsiv.com.

About Kubernetes
Kubernetes was originally developed by Google, drawing from its experience with the Borg and Omega projects, which the company uses to deploy and scale its internal applications, including GMail and YouTube. Its release to the open-source community coincided with Google’s founding membership in the influential Cloud Native Computing Foundation; its community of supporters is among the largest and most active on the web, as its 27,000+ stars on GitHub attest.

About Docker
Docker is a software platform that uses containers to expedite the creation, deployment, and use of applications. Like Google, Docker is a founding member of the CNCF, where it is joined by Microsoft, AWS, Oracle, VMware, and many other influential companies.