Berlin and San Mateo, January 10, 2020 ‒ Searchmetrics, the Search and Content optimization platform, today announced important changes to its senior leadership team that are designed to prepare the company for faster international growth. Former VP of Marketing and US CMO, Doug Bell, is promoted to Global CMO. Former VP Sales & Services EMEA, Christian Broscheit, is promoted to Global Chief Revenue Officer. The two will join the global management team alongside the CEO, COO and CFO. 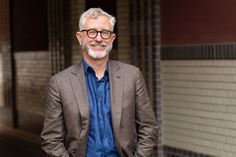 Doug Bell is promoted to Global CMO of Searchmetrics

The promotions are part of Searchmetrics’ strategy to consolidate Marketing and Sales and to further devolve autonomy by providing clear global leadership while increasing regional flexibility in order to accelerate growth.

Doug is familiar with this, in his role as global VP Marketing for Automation Anywhere, he led that company’s repositioning from a provider of desktop automation software that could be purchased with a credit card, to a global force in the multi-billion-dollar outsourcing industry, recently valued at $6.8B.

Christian has been with Searchmetrics since joining from Fairrank, six years ago, where he managed their Partners/Resellers programs. A seasoned VP of Sales, he’s been responsible for Searchmetrics becoming the number one player in its sector in EMEA and is now tasked with repeating that on the global stage.

Matt Colebourne, Searchmetrics’ Global CEO, said:
“At Searchmetrics our preferred strategy is always to promote from within first and to consider recruiting externally only if we’re unable to find the skills and experience we need inhouse. I’m therefore delighted to see Doug and Christian step into their new roles.

It is also important to underline why we have made these changes and why we’re creating a global management team. We want to operate locally and at the same time coordinate our strategy globally. While operating locally involves devolving budgets and responsibilities as close to the customer as possible, it also means we need a senior management team that’s able to oversee and guide our decision-making from a high level, global perspective.”

In other separate changes, Dirk Wolf, CFO and Jordan Koene, CEO of Searchmetrics Inc. will leave the company. Both were valued longstanding servants of Searchmetrics, their leadership helping to transform the company from a regional SEO powerhouse to an organization poised to shift the global search marketing landscape.

Dirk Wolf has been at Searchmetrics for eight years, guiding it from a €2m company to a global search brand. Dirk’s leadership, flexibility and steady hand have been crucial factors in the company’s success over the years, paving the way for greater scalability. Dirk has made his decision to leave Searchmetrics by the end of the first quarter in 2020 to take on new challenges. Searchmetrics will announce its new CFO appointment shortly.

Jordan Koene joined Searchmetrics from eBay in 2015, immediately becoming a passionate advocate for the US organization and helping to broaden the company’s footprint while increasing flexibility and speed of delivery. He developed a world-class services organization that is helping to accelerate growth. Jordan has made the decision to leaving the company by the end of January 2020, in order to pursue new opportunities. However, he will still be closely linked with Searchmetrics as a strategic advisor while maintaining his advocacy for Searchmetrics Inc. and continuing to act as a public speaker as well as helping with the many transitions needed to ensure a smooth hand-off.

Britta Mühlenberg COO at Searchmetrics said: “Dirk has been a very important anchor in our organization - under his leadership we have matured tremendously and developed into an organization that is ready to take on the future. Jordan has not only been one of the strongest and most passionate evangelists the company has seen, he’s also helped to significantly evolve the US organization and business, enabling local leverage of our global competencies. We will miss the passion and energy that both Dirk and Jordan have given us as we move onto the next chapter of the Searchmetrics story under the guidance of our new leadership structure.”

Searchmetrics’ software delivers the predictable success that allows data-driven marketing teams in brands and agencies to reach all of their search and content goals. The company has over 100,000 users worldwide, including leading brands such as eBay, Siemens, Barclays and many more. The company’s investors include Iris Capital, Verdane Capital and Holtzbrinck Digital.

We have over 100,000 users worldwide, including respected brands such as eBay and Siemens.