Story Terrace Expands its Board of Directors with Key Hires

Story Terrace, the autobiography writing service, today announces that former eBay executive Francois Coumau and former Spotify vice president Angela Watts join Rutger Bruining (CEO) and Marek Gumienny on its Board of Directors. Following strong sales growth for the third year running and a successful crowdfunding campaign in 2018, the start-up aims to expand the reach of its service to the masses.

Story Terrace revolutionises the way people think about their heritage with a simple idea: a biographer for every person. Customers are carefully matched with and interviewed by one of 500 professional writers in the comfort of their home. The result of the collaboration is a beautifully produced, 100-page hardcover book, including the most meaningful photos of the storyteller’s life. Books are generally shared with family & friends and at times published on Amazon or even in bookstores. 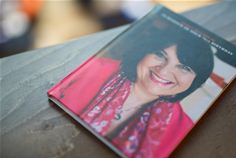 In order to support its growth, Story Terrace has assembled the largest selection of professional biographers in the world. Writers have been published by The New York Times, Penguin Random House, The Financial Times, Bloomsbury, and the Atlantic.

Rutger Bruining, Founder & CEO of Story Terrace, said, “I couldn’t be happier that Francois and Angela are joining our journey. To truly capture the life stories of all of our parents and grandparents, Francois’ experience as General Manager of Continental Europe at eBay and Angela’s experience as VP Global Communications at Spotify from early days through to IPO will be invaluable.”

Francois Coumau commented, “Story Terrace now makes it possible for everyone to capture their own story in a meaningful way, finally creating a solution to the universal desire to leave a personal legacy. I can’t wait to work with Rutger and team to make this inspiring mission a reality.”

Angela Watts added, “Story Terrace’s growth to date is admirable for a company creating a completely new product category – and they’ve only just scratched the surface. I look forward to working with Rutger and his team.”

About Story Terrace
Story Terrace’s aim is to create a world where every person captures their story in a meaningful way. To do so, it is looking to turn a million life stories into books using professional ghostwriters by 2028. The company launched in London in June 2015 and opened an office in Los Angeles in July 2017. It has a network of 500 biographers globally, including a five time Emmy award winner and multiple New York Times bestselling authors. Story Terrace’s largest markets are the United States, the United Kingdom and the Netherlands.