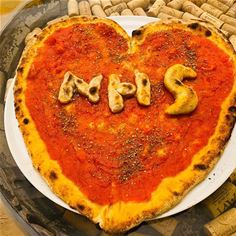 The Bytes for Heroes team will be kicking this off tomorrow (Wednesday, 13th May) at 1300h by having lunch together on a video call, donating to the funding page and posting the screengrab of their lunch on social media. This will become a regular thing similar to the Thursday night “Clapping for the NHS”.

Teams are invited to do lunch as a Byte (Eight diners), a Nibble (Four diners) or two bits (Two diners), but other numbers are also welcomed of course. #lunchbytes is not only raising money, but helping to reduce isolation and improve mental wellbeing within tech teams encouraging them to stay in touch socially as well as for work.

Peter Rossi, Founder of Bytes for Heroes said, “As tech teams are working remotely, we thought we'd encourage reconnecting as a team for a great cause - our NHS keyworkers. Not just reconnecting for meetings on Teams or Zoom, but to actually break bread together and share lunch. Send a screenshot of the group, post it on social as a #lunchbytes lunch and make a donation. It is as simple as that."

Donations for #lunchbytes: Just decide on the size of your #lunchbytes team from #fullbyte (£40 for up to eight diners) #nibble (£20 for up to four diners) #2bits (£10 for two diners) and go to the Bytes for Heroes GoFundMe page.

Bytes for Heroes is looking for donations from local and national tech firms across the UK to donate by supporting #lunchbytes or by straight donations to fund supporting local caterers and the keyworkers at hospitals across England, Wales, Scotland and Northern Ireland. Donations can be across the UK or specific to local hospitals close to company offices or which have a particular importance. It is also on the lookout for more caterers across the region to work with us to ensure this can see us through the next few and undoubtedly challenging weeks.

For more information on getting involved, please visit www.bytesforheroes.com.

ABOUT BYTES FOR HEROES
Bytes for Heroes is a charity initiative launched in April 2020 with a mission to engage the tech community in feeding over 1,000,000 national heroes focused on NHS and other healthcare workers.

Bytes for Heroes is the brainchild of Peter Rossi, co-founder of InfoSaaS, and it connects tech companies that want to have a direct impact on the front line with catering companies, ready to serve hearty meals to NHS heroes at their local hospitals. Bytes for Heroes was inspired by a project at Bristol Southmead hospital in partnership with The Jolly Hog Group handing out over hot meals to front line staff which was running out of funding.

It is bringing together two completely different industries; catering companies, that have the capability to provide food to our hard working NHS workers but are unable to due to lack of funding and technology companies, that want to help the NHS in a direct and tangible way, but don’t have an outlet to do so.

UK technology companies and individuals and teams in tech donate to Bytes for Heroes who will manage the logistics of getting Britain’s over-worked heroes fed.

For more information on getting involved, please visit www.bytesforheroes.com.