Cologne, Germany, 17 August 2022 – Thalia, provider of analog and mixed-signal circuit IP reuse platform, today announced its expansion into the Israel market and the appointment of Motty Houli, from TechLink Global Ltd., to represent Thalia and its AMALIA IP reuse platform in the country. 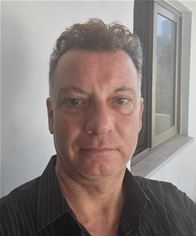 Since Intel established a key design centre in Israel in the 1970s, the country has been renowned as having one of the semiconductor industry’s most active start-up sectors. A Semico Research report in 2020 showed that Israel was second only to the US in terms of semiconductor start-up activity. The country now has over 150 native fabless semiconductor design companies, plus dozens of the world’s leading semiconductor companies operating strategically important design centres.

Motty Houli brings more than 25 years of local market expertise and contacts throughout the industry, both at the semiconductor and system level. Having started his career as a chip designer, Motty Houli is well positioned to understand the needs of Thalia’s customers and the potential for Thalia’s IP reuse platform.

Thalia’s AMALIA IP reuse platform is employed by companies around the world to maximise their investments in development efforts, as well as ensuring companies have a cost and time-efficient solution to migrate their existing product lines onto new wafer fabs and process nodes. AMALIA has delivered over 40 analog and mixed signal Ips, many in silicon and in commercial use, ranging in applications from, Wifi, BLE IP, image sensors, ADCs, PLL and Power Management IPs.

The benefits of Thalia’s AMALIA platform are increasingly important to designers during the current period of tight capacity in the semiconductor industry.

Sowmyan Rajagopalan, Thalia CEO, commented, “Israel is a market that’s been of interest for a long time. A lot of companies we engage with have design operations and decision makers in the country. We are pleased to have Motty as a sales rep in the region. The crunch in the semiconductor capacity is highlighting the importance of strategic, planned analog IP reuse as part of a company’s roadmap. This is driving our need to expand globally to serve this growing and increasingly urgent requirement.”

For more information about what Thalia does, visit https://www.thalia-da.com/.

About Thalia
Thalia is expert in targeted automation for analog and mixed signal design and IP reuse. Thalia’s AMALIA IP re-use platform migrates, improves and optimizes existing IP for new technologies and applications. Our customers – IP houses, Tier 1 players and foundries – can leverage the platform to re-use and diversify their product ranges quickly and cost effectively to meet ever-changing market demands. Our highly skilled design engineers and advanced methodologies combine with AMALIA’s AI algorithms to deliver outstanding efficiencies in the analysis, design and verification stages of IP re-use. The result is a reduction in development time of up to 50%, allowing our clients to react quicker and more effectively to changing market demands.