May 12, 2014 - Kodak Alaris announces today that The Football Pools has selected its KODAK Scan Station 520EX network scanners to implement a company-wide solution to digitise the thousands of paper football coupons customers complete each week.  This has simplified all bet processing throughout the UK with the investment paying for itself within just six months as transport costs have been saved.

Founded in 1923, The Football Pools is the oldest football gaming company in the world and during the last 90 years has paid out over £3 billion in prize money to 60 million lucky winners.

In 2009, Littlewoods, Vernons and Zetters merged to form The Football Pools offering a variety of games such as Treble Chance, Home-Draw-Away, Premier 10 and Lotto. Today, the Football Pools is still a core part of football fans weekly experience with prizes of up to £3 million to be won. 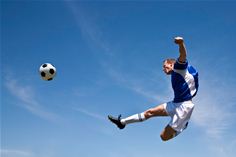 To process coupons, The Football Pools has two established channels.  Firstly, individual collectors pick up coupons door to door each week at people's homes and deliver them to a main collector who in turn takes them to one of 25 concession and satellite offices around the country. Secondly, other customers send their coupons directly by post to The Football Pools' Walton head office.

Collectors visit on a Thursday, coupons are collated at the concession offices on a Friday and have to be physically returned to Liverpool that night for processing on a Saturday.

Conleth Byrne, Managing Director of The Football Pools, says, "The logistics involved in the collector route are both expensive and hugely time critical given that we need to process coupons quickly, declare a dividend to customers and pay our winners."

To address this, The Football Pools has deployed desktop KODAK Scan Station 520EX network scanners in its concession offices to digitise this whole process.  Operators load coupons in batches, input a collectors reference, the paperwork is scanned, quantity checked, and the images then transmitted over an ADSL network to a server located at head office. From start to finish, it now takes around 30 minutes to process each remote office site - vastly improving organisational efficiency and productivity, as well as saving money. Physical coupons no longer have to be collected and driven to Liverpool.

Images are stored locally on the Scan Station's 320 GB hard drive, but in addition, a copy is saved to a USB drive for redundancy and to ensure no single point of failure.

Peter Dent, The Football Pools' technical manager says, "Saving to USB adds a further level of security for the data.  If the network were to ever go down, we could simply take the drive to another office or even courier it to Liverpool directly so that we can start processing the coupons."

Featuring a large 8 inch LCD touch screen, the duplex KODAK Scan Station network scanners are rated up to 3,000 pages per day and do not have to be connected to a host PC [they are both PC and scanner combined].  Further to an extensive evaluation, The Football Pools purchased 33 units from Kodak Alaris partner, ReadSoft, in what was an easy three-month implementation.

In addition to the built-in hard drive and ability to write automatically to a USB drive, the network scanners from Kodak Alaris were chosen as they are robust and simple to operate for nontechnical users. Furthermore, the business has used KODAK Scanners for over 12 years and has been pleased with the quality of the service and support provided.

Dent adds, "Reliability has been impressive and the Scan Station scanners are pretty much maintenance free with the feeder rollers easy to replace when required.  Their lifespan is rated to about 120,000 A4 pages but given our coupons are smaller, we get more than this. I've stuck with Kodak Alaris as in my opinion its products are superior to competitors.  They might cost more, but you get what you pay for and the service and support we've had has been excellent."

The Scan Station 520 EX is an open architecture model in the series which allows partners and customers to tailor the scanner to suit their particular needs. This is the case at The Football Pools. On each machine, a bespoke version of IDT Capture from BCT has been installed to allow operators to segment which folders coupons are then automatically scanned to - four buttons have been created relating to pools, other games, accounts and miscellaneous [a folder then requiring manual input].

Once images are checked and transmitted back, a heavily customised version of ReadSoft Forms applies various business rules to the data and ultimately sends an output file containing information such as selections, competition type, date of competition and cost to an in-house developed processing system which processes the entry and manages payments to customers.

For those customers who send their coupons by post, The Football Pools uses KODAK i780 production scanners located at its head office which are also integrated with ReadSoft Forms solution.

Neil Murphy, Kodak's UK sales manager says, "The project is a super example of how a distributed networked scanning solution can truly pay dividends for companies with multiple geographically split sites. Coupon processing used to be an intensive all day, ten-hour operation for staff on a Saturday. A huge amount of money and time is now being saved with The Football Pools able to bring forward other work that staff now focus on instead."

About Kodak Alaris
On September 3, 2013, the U.K. Kodak Pension Plan (KPP) completed its acquisition of the KODAK Document Imaging and Personalized Imaging businesses from Eastman Kodak Company and created a new company known as Kodak Alaris. The new company and its name preserve the heritage and legacy of the Kodak brand, while embodying the speed and agility to meet market needs and changes. Kodak Alaris, which is licensed to use the Kodak brand, will focus on strategic, ongoing investments for these businesses to ensure long-term growth and success. The Kodak trademark and trade dress are used under license from Eastman Kodak Company.

For more information, please visit kodakalaris.com/go/dinews. Follow us on Twitter at twitter.com/kodakdi and visit our blog at infooverdrive.com/