With just one week until the December 5th World Premiere of the hugely-anticipated film Les Misérables, Oscar-winning director Tom Hooper is embarking on a whistle-stop world tour of press screenings.

In just one week, the filmmaker has travelled from New York, where Hitfix.com reports the very first showing of his work triggered several rounds of applause and tears in the audience, to Los Angeles and Japan for further screenings. He’ll return to his home city of London for next Wednesday’s World Premiere in Leicester Square. 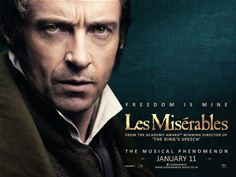 The 2012 movie production of the much-loved musical is widely-tipped for success at next year’s Oscars, with many critics claiming it is already the frontrunner for the ‘Best Picture’ award and that Hooper could receive the ‘Best Director’ award for a second time, following his success with The King’s Speech in 2011.

His A-list cast, too, has been linked with nominations; MTV reports that Hugh Jackman is “considered likely to secure his first-ever Oscar nomination for playing the "Les Mis" leading man, ex-con Jean Valjean” and that “It's widely agreed that Anne Hathaway is a lock for a Best Supporting Actress nomination for her role as tragic factory worker Fantine.”

The nominations for the 2013 Academy Awards will be unveiled on January 10th, with Hooper wrapping up promotion between now and then.

Tom Hooper also directed “The Damned United” starring Michael Sheen from a screenplay by Peter Morgan. The film was nominated for Best British film at the South Bank Show Awards following a premiere at the Toronto Film Festival. Previous to that Tom Hooper had an unprecedented run of success at the Golden Globes with his work for HBO, winning the Golden Globe for best movie or mini-series made for television three years in a row. His starring actors and actresses won Golden Globes for their performances three years running.

A post-screening interview with the LA Times can be seen here: Tom Hooper reveals his song and dance with 'Les Miserables'

Tom Hooper on Hugh Jackman can be seen here: Tom Hooper: 'There Would Have Been No Les Miserables Without Hugh Jackman'