Following yesterday’s announcement by the Home Office, that it is to close the National Fraud Authority and transfer its activities to the National Crime Agency, UKFraud (www.ukfraud.co.uk) is calling for a commitment to specialist resources and strategies that limit the burgeoning risks of fraud. Specific actions called for include:

1. Clear Fraud Targets: The NFA presided over burgeoning fraud levels during its five year lifetime. However, its objectives had been unclear in recent times, as over the last 2-3 years the scope of the NFA reduced significantly from its originally defined aims. UKFraud believes that simply handing the workload to the NCA without clear targets will see the growth in domestic fraud continue to surge. Challenges should be set for the National Crime Agency to deliver results in all of the original areas that the Fraud Review in 2005 recommended upon set-up of the NFA. 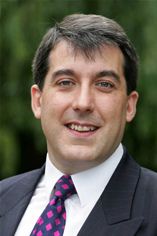 2. Strategy / Planning: Strong strategic guidance and direction for the NCA should be key to delivering savings of the £billions fraud losses that the NFA have reported.  With the demise of the NFA the NCA needs to set the agenda and drive forward strategy. A particular strategy should be set for the M-commerce (mobile payment) sector where rapid market growth, technology development and increasingly out-dated standards are unlikely to limit the risks of fraud in the sector. There should also be a clear strategy in the Local Authorities sector.

3. Specialist Fraud Strategy Officers /Teams: The outgoing NFA was initially staffed by civil servants, some of whom had no previous experience of combatting fraud. With the role passing to the National Crime Agency there is a risk that even more general functionaries might attempt to follow their NFA predecessors. UKFraud believes that specialist and highly experienced fraud teams are the only real answer and deterrent.

4. Global Understanding: With the dramatic rise in mobile payments as a global phenomenon accompanied by data and IT system breaches of customer information in financial and banking intuitions around the world, the NCA needs to see the battle as an international  threat. The outgoing NFA has seemed to focus its efforts mostly on the UK, much to the delight of offshore fraudsters who approved greatly of this policy. UKFraud believes that the NCA needs to link up with a host of organisations including European Police forces, the CIA and the European Payment Council to define global strategies, but at the same time make the UK a very inhospitable place for the international fraudster.

Commenting on the news Bill Trueman of UKFraud noted, “If we continue to rely on generalist agents with a UK focus and a reactive stance we will look a little foolish. And if our focus remains on the current losses rather than planning the infrastructure for the future fraud deterrents, then we will fail. The ‘owners’ of the UK defence against fraud must not only be determined  but must also be seriously equipped by the government, for the threat of a real fraud invasion from new technologies and from overseas. The modern fraudster is often based just outside these shores and they are experts in avoiding detection and fighting their corner. The NCA needs to take action to create specialist and highly professional anti-fraud combat teams with sufficient resources and a global perspective to deter the contemporary fraudsters. There is an opportunity here – let’s hope it’s not missed.”

About UKFraud (www.ukfraud.co.uk)
UKFraud is a leading UK based consultancy, with an impressive international track record of eliminating the risk of fraud. Its founder Bill Trueman is widely accepted as one of Europe’s leading fraud experts and a frequent commentator and writer on the issues involved. Trueman has extensive experience of the banking, insurance and the financial services sectors and is a thought leader at the forefront of many industry wide and international debates.